“There was a good deal of flesh and blood to Yelena Dyachek’s Marie Antoinette, both physically and vocally. With her luminous soprano, Dyachek sounded every bit a queen, but also touchingly human as she became reconciled to her fate.”

“Ukrainian soprano Yelena Dyachek gave an affecting portrait of the fated queen. She successively negotiated the challenges of the opera’s longest role, which combines sublime moments of lyrical beauty with passages of demanding vocal tessitura.”

Ukrainian-born soprano Yelena Dyachek was a winner of the Metropolitan Opera National Council Auditions in 2016, receiving praise from The New York Times saying “…memorable as the soprano Yelena Dyachek from California, who demonstrated impressive range, depth and power in ‘Come scoglio’, before delivering an emotionally captivating Letter Scene…”.  She is a graduate from Houston Grand Opera’s prestigious studio program and during her time in the HGO Studio, Ms. Dyachek appeared in several productions including as Musetta in La bohème, Flora in La traviata, and Berta in Il barbiere di Siviglia. Further productions included Norma, Some Light Emerges, and Nixon in China. In the summer of 2019, she made her debut as Marie Antoinette in Ghosts of Versailles at the Glimmerglass Festival, a production which travels to the Opera House at the Palace of Versailles in the winter of 2019. Further engagements in the 2019-20 season include her professional role debut as Tatiana in Eugene Onegin with Palm Beach Opera under the direction of Tomer Zvulun and joining the Lyric Opera of Chicago for their productions of Il barbiere di Siviglia and Dead Man Walking.

Recent performances for Dyachek include Elettra in Idomeneo and Beethoven’s Symphony No. 9 as a Filene Young Artist at Wolf Trap Opera and Fiordiligi for San Francisco Opera’s Merola Opera Program. A multi-year member of the Aspen Opera Theatre Center, Ms. Dyachek appeared as Fiordiligi in 2015 and as Tatiana in 2014. She will return to the Aspen Music Festival in the Summer of 2020 as part of their Beethoven Celebration.

Further recognition includes the Ana Maria Martinez Encouragement Award at the 2016 Eleanor McCollum Competition, and singing as a finalist at the Palm Springs Opera Guild of the Desert’s vocal competition. She holds a bachelor’s degree from University of the Pacific Conservatory of Music, and a master’s degree from the University of Southern California Thornton School of Music. Further roles performed while at USC include Frau Von Daubek in the concert premiere of Thomas Morse’s Frau Schindler, the Composer in Ariadne auf Naxos, Vitellia in La clemenza di Tito, the title role in Iphigénie en Tauride, and Madama Cortese in Il viaggio a Reims. 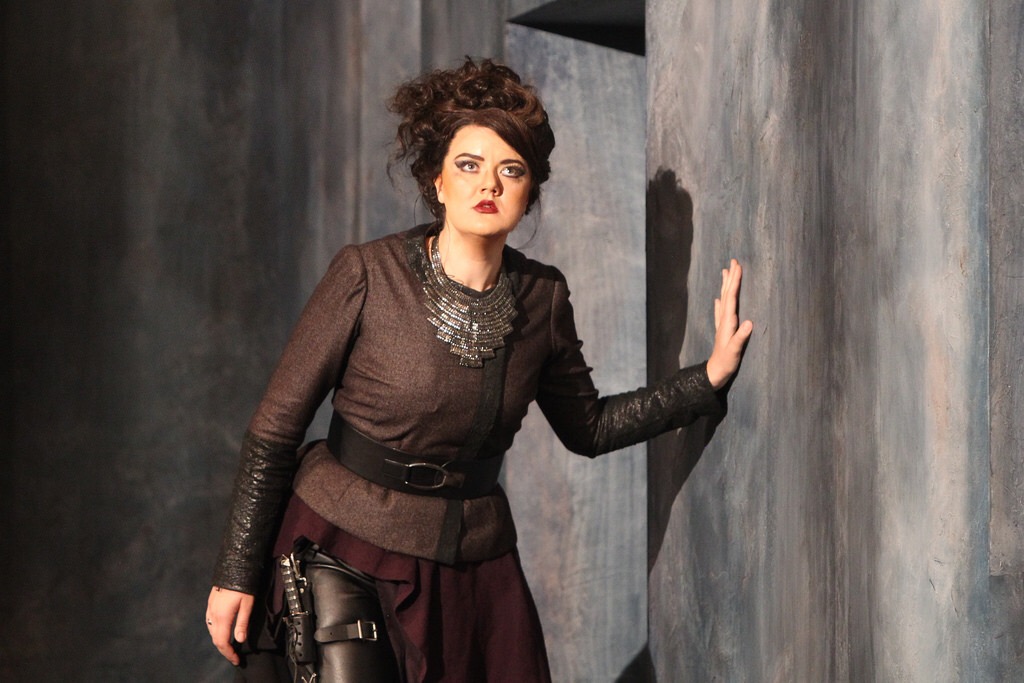