“Taylor Stayton is an exemplary Rossinian tenor: the top register has zing and lustre, the cascade of decorations are beautifully phrased and his demeanour exuded charm: it’s a voice I could have listened to all night.”

Taylor Stayton’s “laser-bright timbre” and “exceptional fluidity above the staff” (Opera News) continue to distinguish him as one of the most sought-after tenors in his repertoire. Stayton’s 2021-22 season features both familiar and new roles; he revives his signature interpretation of Almaviva in Il barbiere di Siviglia at both the Atlanta and Norwegian National Operas, as well as debuting the role of Pete in a much-anticipated world premiere of Kristin Kuster’s A Thousand Acres with Des Moines Metro Opera. In the 2020-21 season, Stayton performed the title role of Platée with Des Moines Metro Opera, where he was lauded by Schmopera as “well known for his bel canto repertoire and an equally skilled interpreter of baroque coloratura.”

Recent engagements include his return Semperoper Dresden and Palm Beach Opera for performances as Almaviva in Il barbiere di Siviglia. Other notable performances include his debut at the Edinburgh Festival and his return to the Norwegian National Opera in Olso singing the role of Don Ramiro in Rossini’s La Cenerentola. He also made a major role debut last season as Nemorino in Donizetti’s L’elisir d’amore with Opera Omaha. Stayton recently returned to the Metropolitan Opera debuting the role of Camille de Rosillon in The Merry Widow, followed by his debuts at both Semperoper Dresden and Washington National Opera reprising his acclaimed interpretation of Almaviva in Rossini’s Il barbiere di Siviglia. Additional debuts include his house debuts with the Liceu Opera Barcelona in the role of Belfiore in Rossini’s Viaggio a Reims and Opera Omaha as Fenton in Verdi’s Falstaff, as well as his role debut as Alfred in Strauss’ Die Fledermaus.

Described as “deserving to be numbered on the short list of Rossini all-stars” by Opera Today, Stayton premiered the role of Almaviva in Il barbiere di Siviglia with Opéra de Lille in 2012 and has reprised the role at the Deutsche Oper Berlin, Nashville Opera, and Opera Philadelphia, as well as on a tour throughout France with theaters including Opéra de Limoges, Théâtre de Caen, and Opéra de Dijon. Additional roles in the bel canto repertoire include his debut as the title character in Le comte Ory with Des Moines Metro Opera, Don Ramiro in La Cenerentola at the Glyndebourne Festival, Tonio in La fille du regiment in his debut with Palm Beach Opera, and his house and role debuts singing Lindoro in L’Italiana in Algeri with Lyric Opera of Kansas City. Stayton made his critically acclaimed Metropolitan Opera debut in a last-minute performance as Percy in Anna Bolena, and returned as Elvino in La Sonnambula opposite Diana Damrau.

Recent debuts include with the Bayerische Staatsoper as Marzio in Mitridate, re di Ponto; Kentucky Opera as Don Ottavio in Don Giovanni; Ernesto in Don Pasquale with Des Moines Metro Opera; Tybalt in Roméo et Juliette with Opera Philadelphia; Don Alvar in L’Africaine with Opera Orchestra of New York; and Teatro dell-Opera di Roma as Fenton in the new Franco Zeffirelli production of Falstaff with Renato Bruson and Carlos Alvarez.

A native of Sidney, Ohio, Stayton is a 2011 graduate of The Academy of Vocal Arts as a student of the renowned voice teacher Bill Schuman. He earned his Bachelor of Music degree at Ohio State University, and is an alumnus of the Martina Arroyo Foundation’s “Prelude to Performance” program. He has won several prestigious vocal competitions, including First Prize in the Licia Albanese-Puccini Foundation International Voice Competition, First prize in the Gerda Lissner Foundation International Voice Competition, and third place in the Loren B. Zachary Voice Competition. 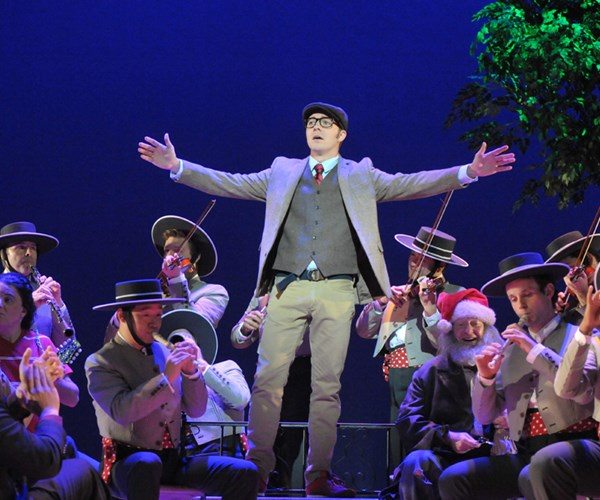 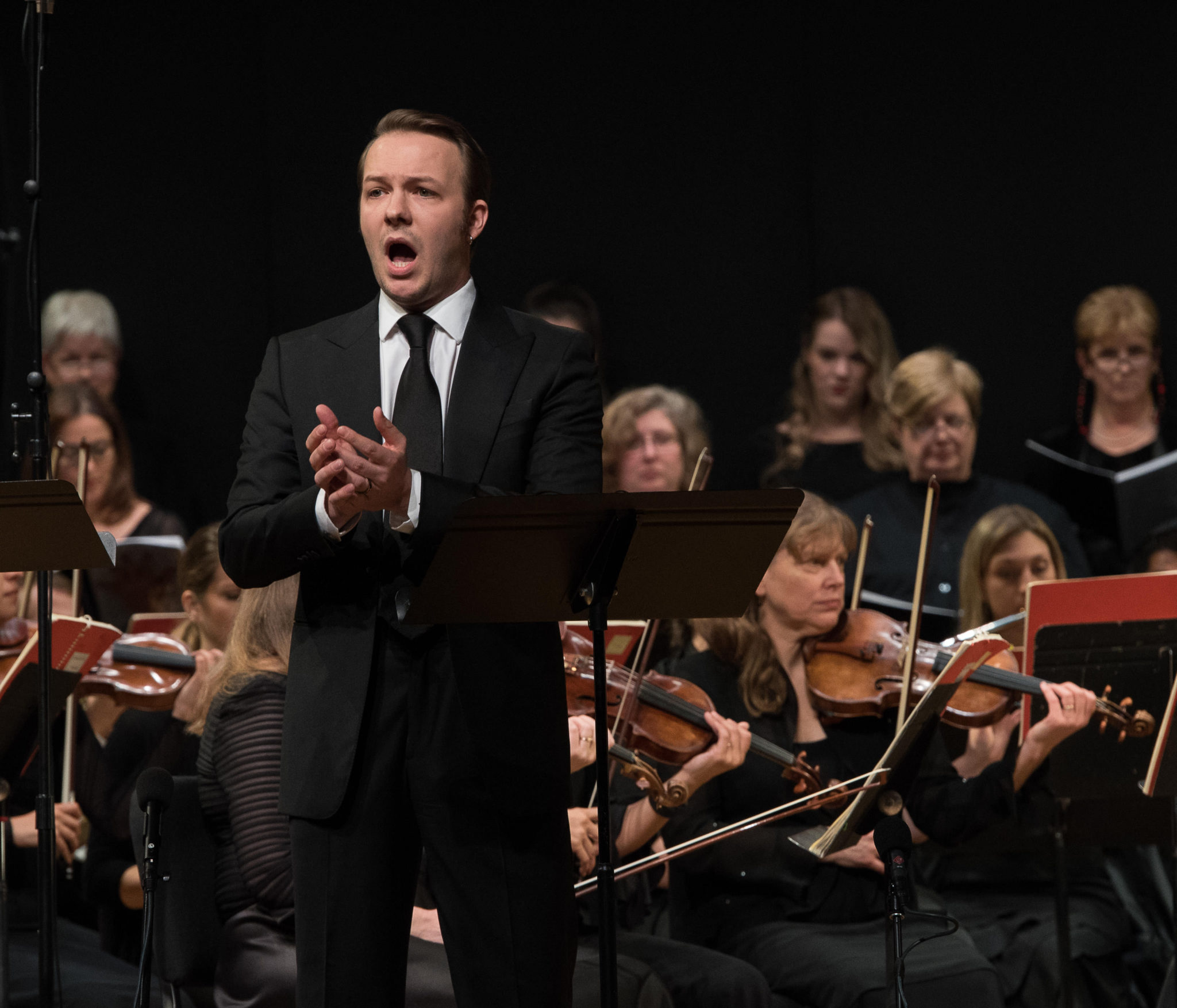 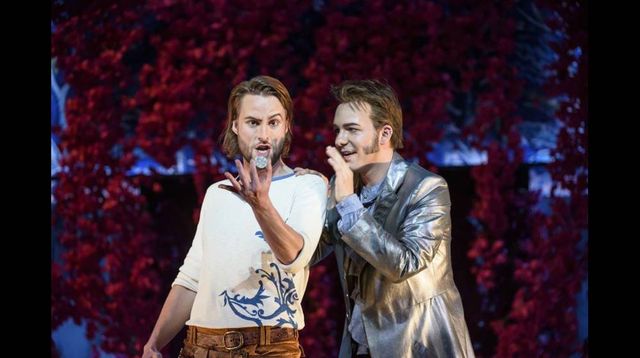 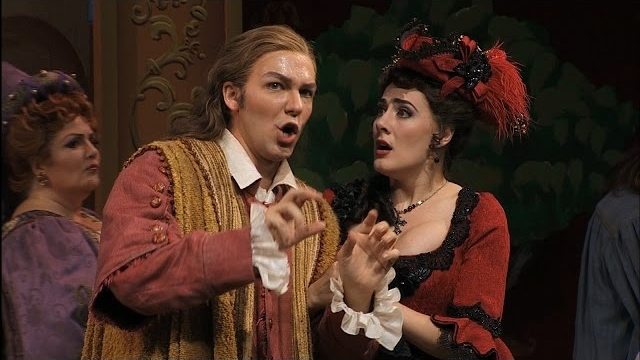 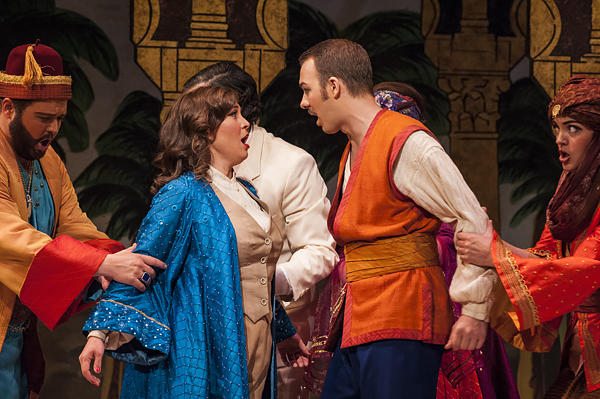