“Selowsky’s wealth of vocal colors brought Agrippina’s stratagems to life— Even her recitatives crackled. But Selowsky’s vigor and agility made the arias more potent still. The peak came in “Pensieri, voi mi tormentate…” Selowsky ranged from half-tones that exuded fear to full-throated outcries, and she spun out pianissimo phrases that made time stand still.”

Maryland native Sofia Selowsky made a noteworthy role debut as Rosina in Rossini’s Il barbiere di Siviglia for Houston Grand Opera in the 2017-2018 season. Of her performance, Opera News said, “The brightest light of the performance was mezzo-soprano Sofia Selowsky as Rosina, whose singing featured a honey-rich sound with a silvery top end, even projection throughout her range, and amazingly clear passagework.” In the 2019-20 season, Selowsky joins the roster of the Metropolitan Opera for the first time for productions of Manon and Akhnaten, as well as debuts as a soloist with the Milwaukee Symphony and the Atlanta Symphony. In the 2018-19 season, Ms. Selowsky continued to take on leading roles in her repertoire, including the title role in Handel’s Agrippina alongside a cast of rising American stars for Ars Lyrica Houston and Donna Elvira in Don Giovanni with Jacksonville Symphony. Additional performances in the season included Handel’s Messiah for her debut with Kansas City Symphony and Mozart’s Requiem with Charlotte Symphony.

Recent performances include a cameo appearance in the ballet Mayerling with Houston Ballet and concert debuts with Lexington Philharmonic in Argento’s Casa Guidi and with North Carolina Symphony in Mozart’s Requiem. She also made debuts with Atlanta Opera as Mercédès in Carmen, with Los Angeles Chamber Orchestra in a concert of Pergolesi, and in the summer debuted with Des Moines Metro Opera as the Stewardess in Jonathan Dove’s Flight. Further engagements include Handel’s Jephtha with Ars Lyrica Houston, De Falla’s Siete Canciones Populares Espanolas under the auspices of Da Camera of Houston, her debut with The Minnesota Orchestra in Handel’s Messiah, and her debut with Sarasota Orchestra in Mozart’s Requiem. In the spring of 2017, she returned to the Houston Symphony Orchestra for performances of Falla’s Three-Cornered Hat and finished the season with Opera Theatre of Saint Louis, where she was heard as Frau Grubach in the American Premiere of Philip Glass’ The Trial, for which she received praise for her “beautifully free, rich-toned mezzo”.

During her time in the HGO Studio, Ms. Selowsky was heard as The Fox in Rachel Portman’s The Little Prince, the Second Wood Nymph in Rusalka, Nell Gwynn in the world premiere of Carlisle Floyd’s new opera, Prince of Players, and Eliza in the premiere of David Hanlon’s After the Storm.  She also covered the roles of Olga in Eugene Onegin and Cherubino in Le nozze di Figaro.  In the 2014/15 season, she made her HGO debut as Suzuki in Madama Butterfly opposite Ana Maria Martinez and conducted by Giancarlo Guerrero. Additionally, that season she covered the role of Dorabella in Così fan tutte.  In the fall of 2015, Ms. Selowsky made her debut with the Houston Symphony Orchestra in Schumann’s The Pilgrimage of the Rose under the baton of Music Director Andrés Orozco-Estrada.

A multi-year participant at the Aspen Music Festival, she was heard in the 2016 festival season as Antonia in William Bolcom’s A Wedding under the baton of Scott Terrell and was heard in concert in Berlioz’s La mort de Cléopâtre. During the 2015 festival she performed the role of Despina in Così fan tutte under the baton of Jane Glover. Previous roles and engagements include Mère Jeanne in Dialogues of the Carmelites (Opera Theatre of Saint Louis), Lazuli in Chabrier’s L’étoile (CCM), Mendelssohn’s Symphony No. 2 with the Dayton Philharmonic, Véronique in Bizet’s Le Docteur Miracle, Baba the Turk in The Rake’s Progress, Orlofsky in Die Fledermaus, and performances as a Young Artist at the Glimmerglass Festival.

Ms. Selowsky was a 2016 grant recipient from the Gerda Lissner foundation and a 2015 recipient of a Richard F. Gold Career Grant from the Shoshanna Foundation.  In 2014, she was a National Semifinalist in the Metropolitan Opera National Council Auditions and won Third Place in the Houston Grand Opera’s prestigious Eleanor McCollum Competition.  Other honors include the Italo Tajo Memorial Award (CCM Opera Scholarship Competition), an Emerging Talent Award from the Kurt Weill Foundation’s Lotte Lenya Competition, the Emile Dieterle Scholarship (CCM), and an Artist Development Fellowship from Harvard University. 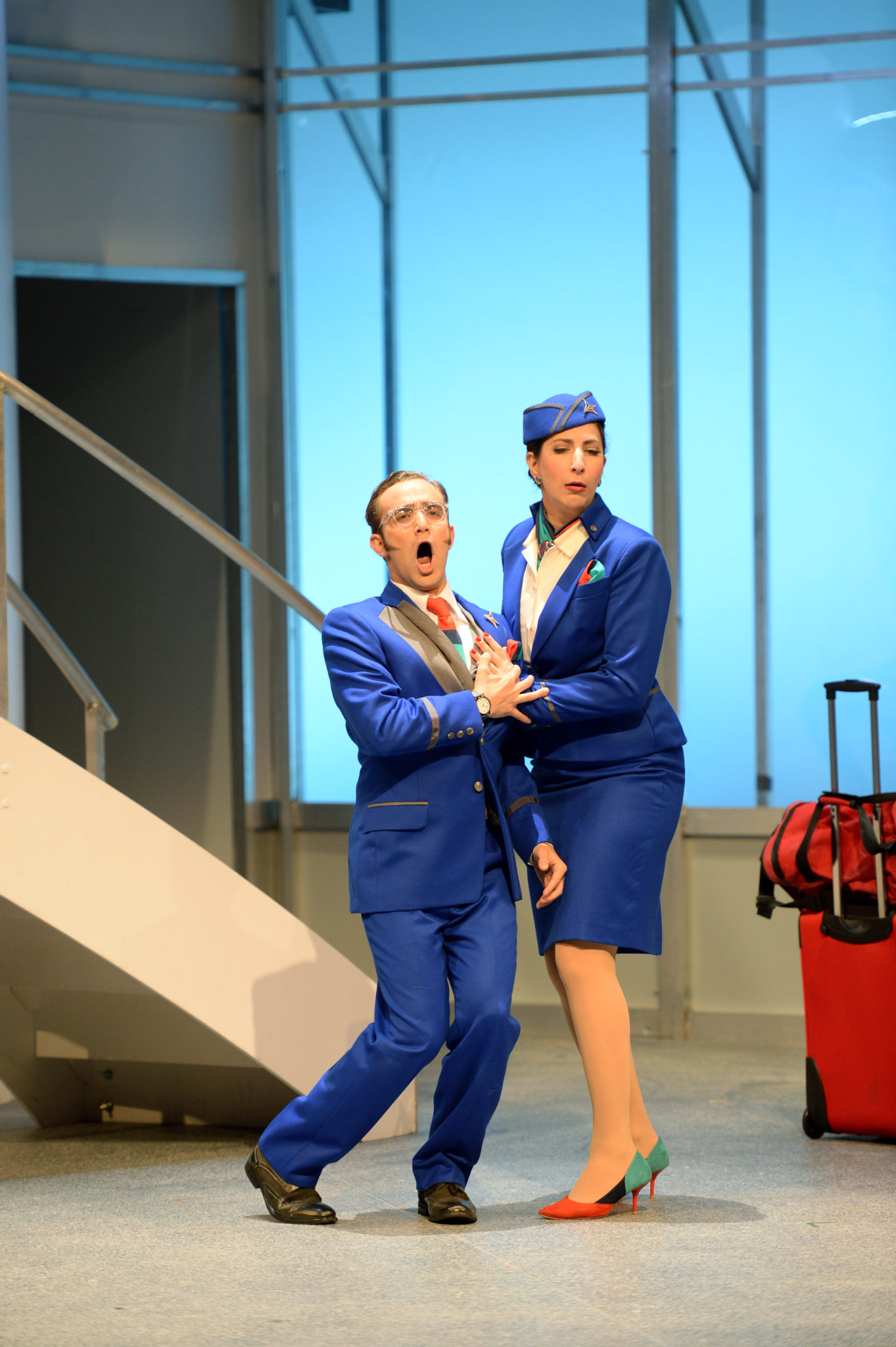 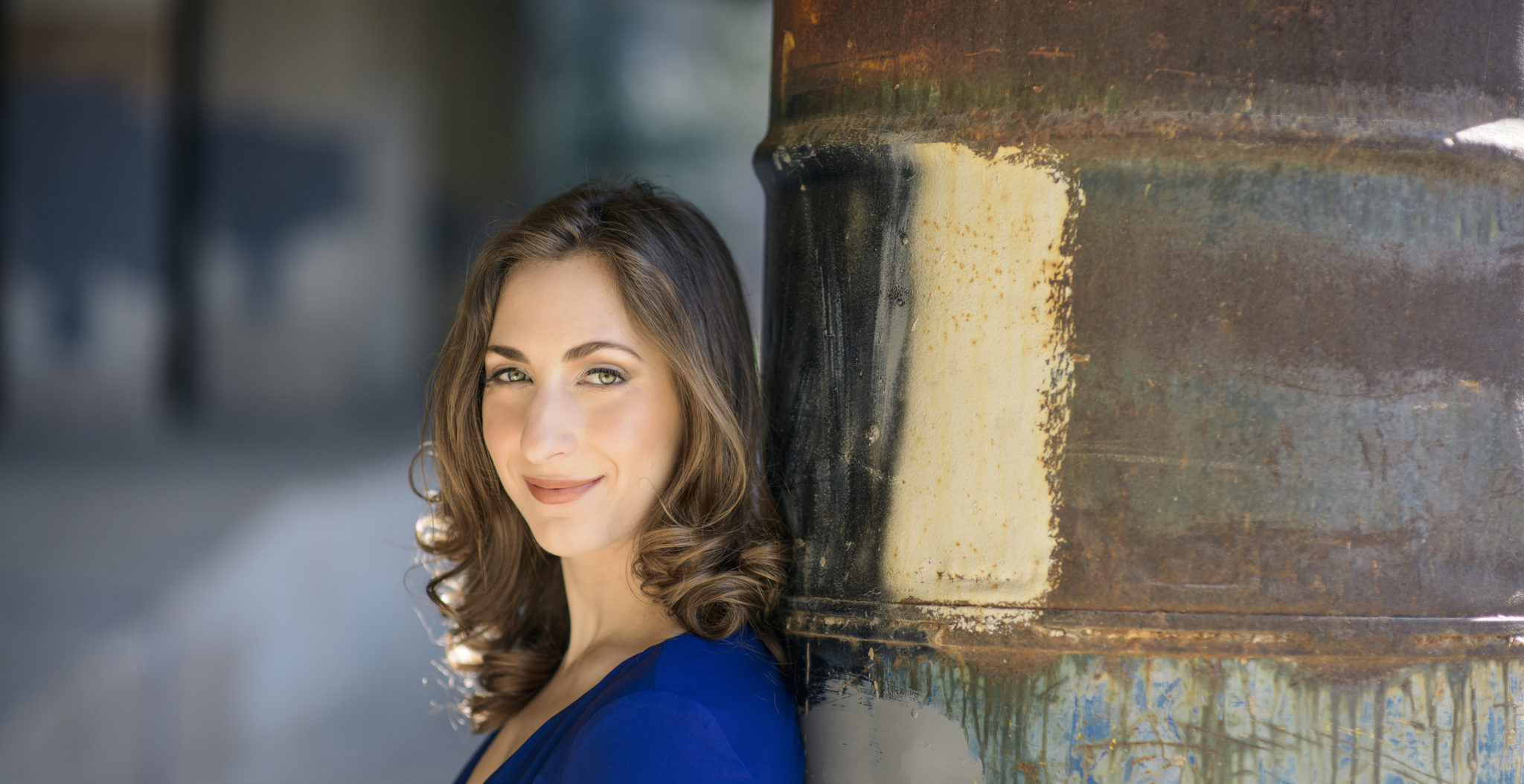 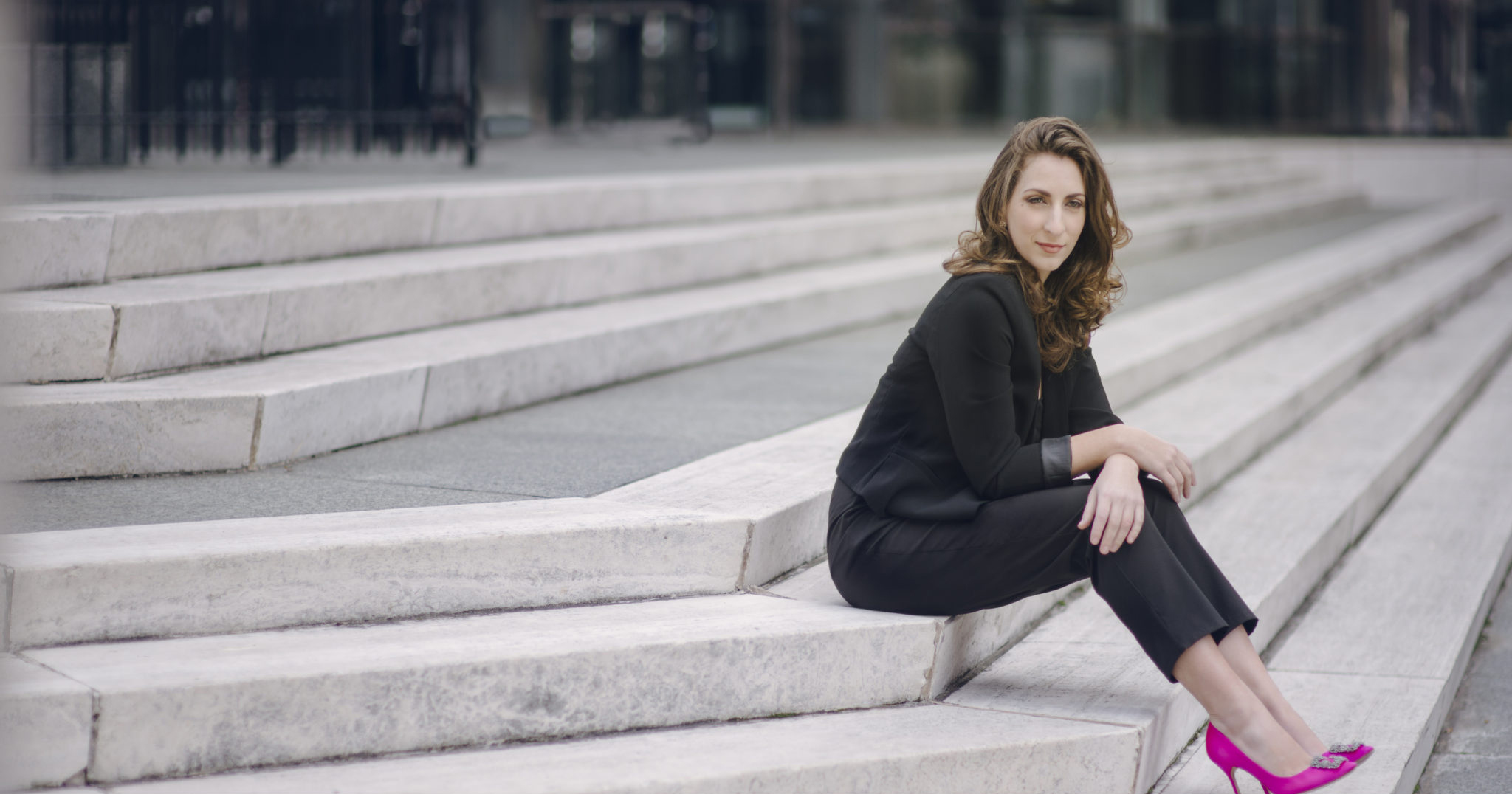 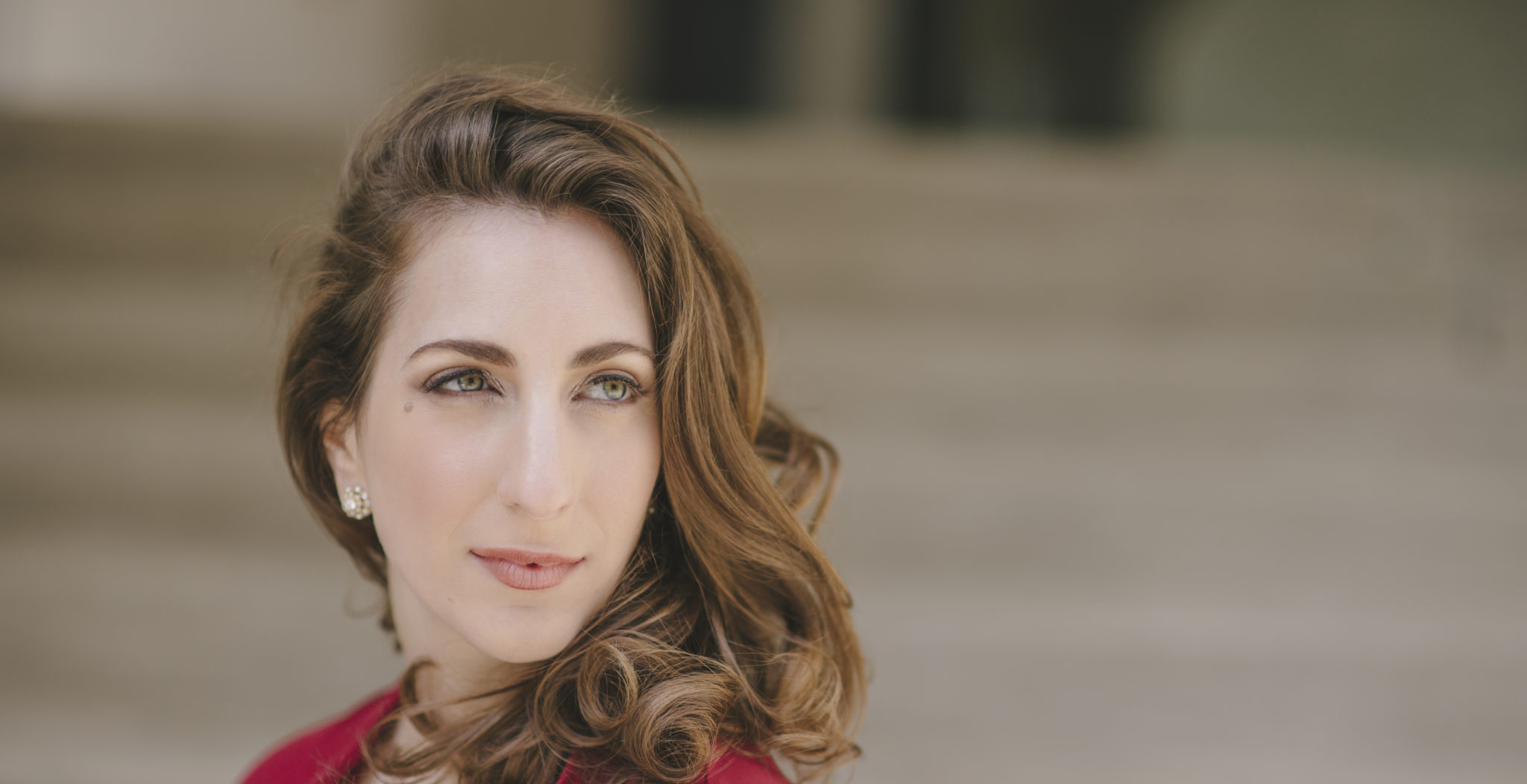 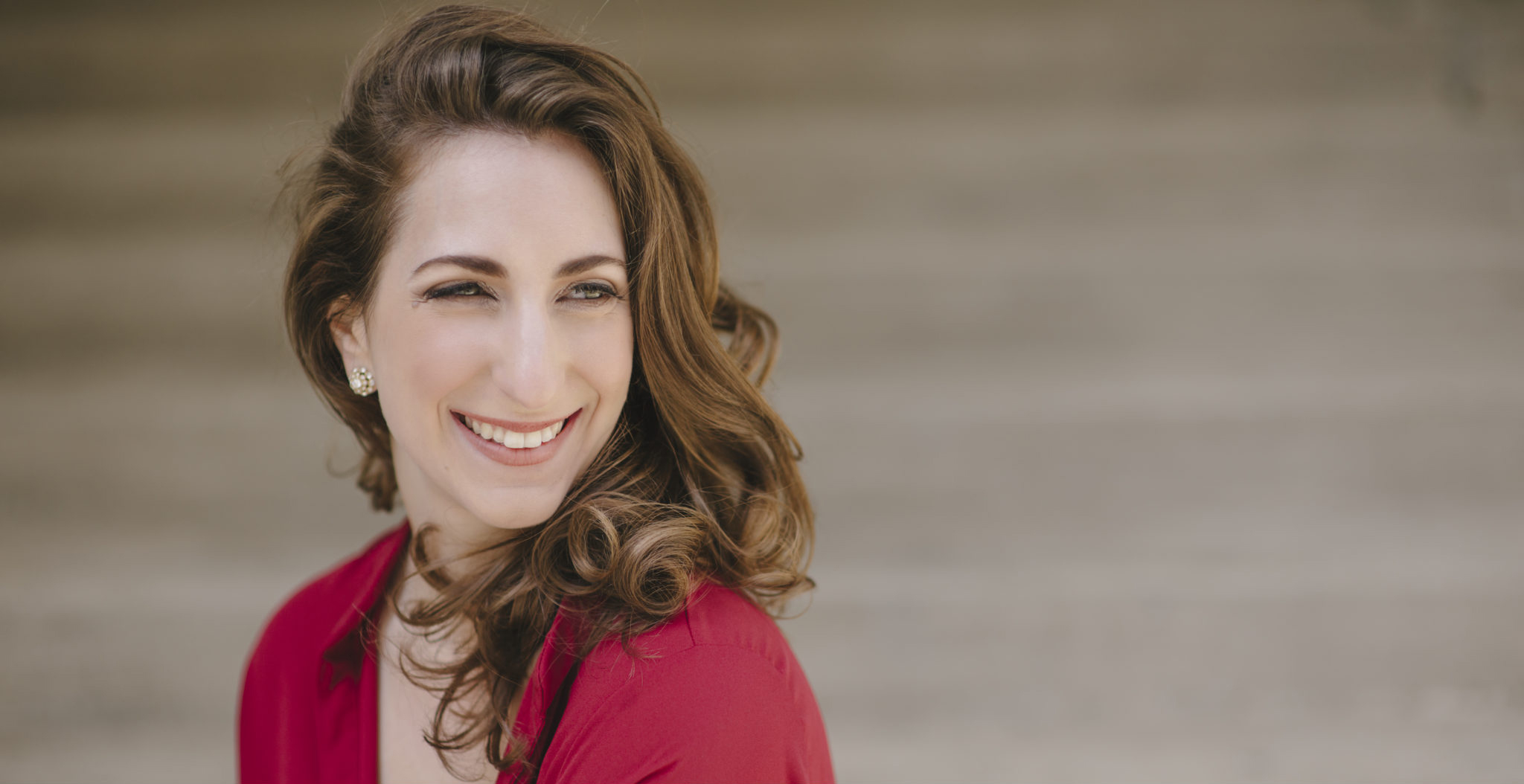