“It is so unusual to encounter a bass voice of such amplitude paired with such magically speedy, pinpoint coloratura. His amazing command of breath and legato, round richness of tone and trumpet-like top fills his characters’ darkest moments onstage with the light of humanity.”

For almost three decades, Samuel Ramey has reigned as one of the music world’s foremost interpreters of bass and bass-baritone operatic and concert repertoire. With astounding versatility he commands an impressive breadth of repertoire encompassing virtually every musical style from the fioratura of Argante in Handel’s Rinaldo, which was the vehicle of his acclaimed Metropolitan Opera debut in 1984, to the dramatic proclamations of the title role in Bartok’s Bluebeard’s Castle, which he sang in a new production at the Metropolitan Opera televised by PBS. Mr. Ramey’s interpretations embrace the bel canto of Bellini, Rossini, and Donizetti; the lyric and dramatic roles of Mozart and Verdi; and the heroic roles of the Russian and French repertoire.

In addition to being heralded as one of the most extraordinary singers of the past three decades, Mr. Ramey continues to perform at the world’s most important opera houses and concert stages. Mr. Ramey recently returned to the Metropolitan Opera as Timur in Franco Zeffirelli’s production of Turandot. Other performances include a revival of his famous role as Duke Bluebeard in Bluebeard’s Castle and his debut as Sarastro in The Magic Flute. Other recent engagements include Don Basilio (Il Barbiere di Siviglia), Rambaldo (La Rondine), and Pope Leo at the Met; Claudius (Hamlet) with Washington National Opera; Scarpia (Tosca) at Deutsche Oper Berlin; Méphistophélès in Nice; the Grand Inquisitore (Don Carlos) with Houston Grand Opera; and Benoit/Alcindoro at The Dallas Opera.

The combination of Samuel Ramey’s commanding vocalism, exceptional musicianship, elegant stage presence, and uncommon theatrical abilities enables him to portray a wide variety of characters from the sharp-witted protagonist of Mozart’s Le nozze di Figaro to the somber, tortured King Philip II of Verdi’s Don Carlos; from the terrorizing Hun of Verdi’s Attila to the terrorized Tsar of Mussorgsky’s Boris Godunov; from the capricious libertine of Mozart’s Don Giovanni to the troubled preacher Olin Blitch in Carlisle Floyd’s Susannah; from the sober and profound Field Marshal Kutuzov in Prokofiev’s War and Peace to the comedic title role in Puccini’s Gianni Schicchi; from the benevolent Giorgio in I Puritani and Raimondo in Lucia di Lammermoor to the sinister incarnations of the devil in Gounod’s Faust, Boito’s Mefistofele, and Berlioz’ La damnation de Faust.

The unique expressiveness of the bass voice has inspired many composers to assign the portrayal of devils and villains to basses, and it is in this repertoire that Mr. Ramey has established a reputation unequaled in the musical world. Méphistophélès in Gounod’s Faust has become his most-performed role with over 200 performances in more than twenty productions. He is equally well-known in opera houses and concert halls throughout the world for his performances of Boito’s Mefistofele, including over 70 performances in the Robert Carsen production of this work specifically created for Mr. Ramey; Berlioz’ devil in La damnation de Faust; the sinister Nick Shadow in Stravinsky’s The Rake’s Progress; and the tour de force of all four villains in Offenbach’s Les contes d’Hoffmann. In 1992 Mr. Ramey sang all of Offenbach’s villains for the Metropolitan Opera’s opening night, prompting one critic to write, “It was the best interpretation of the four villains I can remember in the last 25 years. This is the stuff of which operatic legends are made.” In 1996 Mr. Ramey presented a sold-out concert at New York’s Avery Fisher Hall titled A Date with the Devil in which he sang fourteen arias representing the core of this repertoire, and he continues to tour this program throughout the world. In 2000 Mr. Ramey presented this concert at Munich’s Gasteig Concert Hall. This performance was recorded live by Naxos Records and was released on compact disc in summer 2002.

Mr. Ramey’s unique talents have afforded the world’s leading theaters an opportunity to expand their repertoire and present works written specifically for the bass voice, such as Verdi’s Attila, Mussorgsky’s Boris Godunov, Montemezzi’s L’amore dei tre re, Rossini’s Maometto II, and Massenet’s Don Quichotte. His repertoire of more than fifty roles also encompasses the more standard repertoire, including Mozart’s suave rake, Don Giovanni, for which Newsweek hailed him as “today’s perfect, swashbuckling Don;” the title role in the same composer’s Le nozze di Figaro, for which one Italian critic described him as “the perfect Mozart singer;” Zaccaria in Nabucco; and Fiesco in Simon Boccanegra. It is from much of this repertoire that Samuel Ramey developed a concert of Great bass arias and scenes with chorus which he has performed throughout the United States. Together with local orchestras and choruses, he presents a program of arias and scenes from Tosca, Mefistofele, Nabucco, Carmen, Susannah, Boris Godunov, and Faust.

Samuel Ramey holds the distinction of being the most recorded bass in history. His more than eighty recordings include complete operas, recordings of arias, symphonic works, solo recital programs, and popular crossover albums on every major label. His recordings have garnered nearly every major award including three Grammy Awards, Gran Prix du Disc Awards, and “Best of the Year” citations from journals including Stereo Review and Opera News. His exposure on television and video is no less impressive, with video recordings of the Metropolitan Opera’s Don Giovanni, Carmen, Bluebeard’s Castle, Semiramide, Nabucco, I Lombardi, and the compilation “The Met Celebrates Verdi;” San Francisco Opera’s Mefistofele; The Rake’s Progress from the Glyndebourne Festival; Attila and Don Carlo from La Scala; and the Salzburg Festival’s Don Giovanni. Mr. Ramey is seen frequently on television in appearances with “Live from the Met” and “Live from Lincoln Center” as well as other productions taped for PBS.

Following his phenomenal success in opera, concert, and recordings, Samuel Ramey’s sold-out Carnegie Hall recital in 1987 added a fourth dimension to his spectacular career. His returns to New York’s Carnegie Hall for solo recitals in February 1995 and November 1998 were the culmination of extensive, critically-acclaimed North American tours which had taken Mr. Ramey from Alaska to Alabama, with appearances on America’s finest vocal series. His European recital career is equally notable, with sold-out appearances in all the music capitals.

A native of Colby, Kansas, Samuel Ramey was active in music throughout high school and college. In 1995 he was named “Kansan of the Year,” and in 1998 the French Ministry of Culture awarded him the rank of Commander in the Order of Arts and Letters. 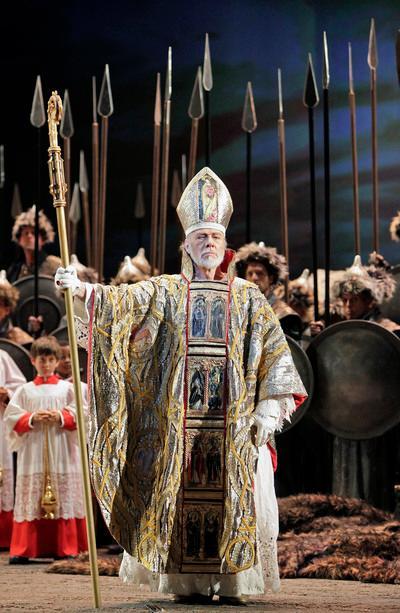 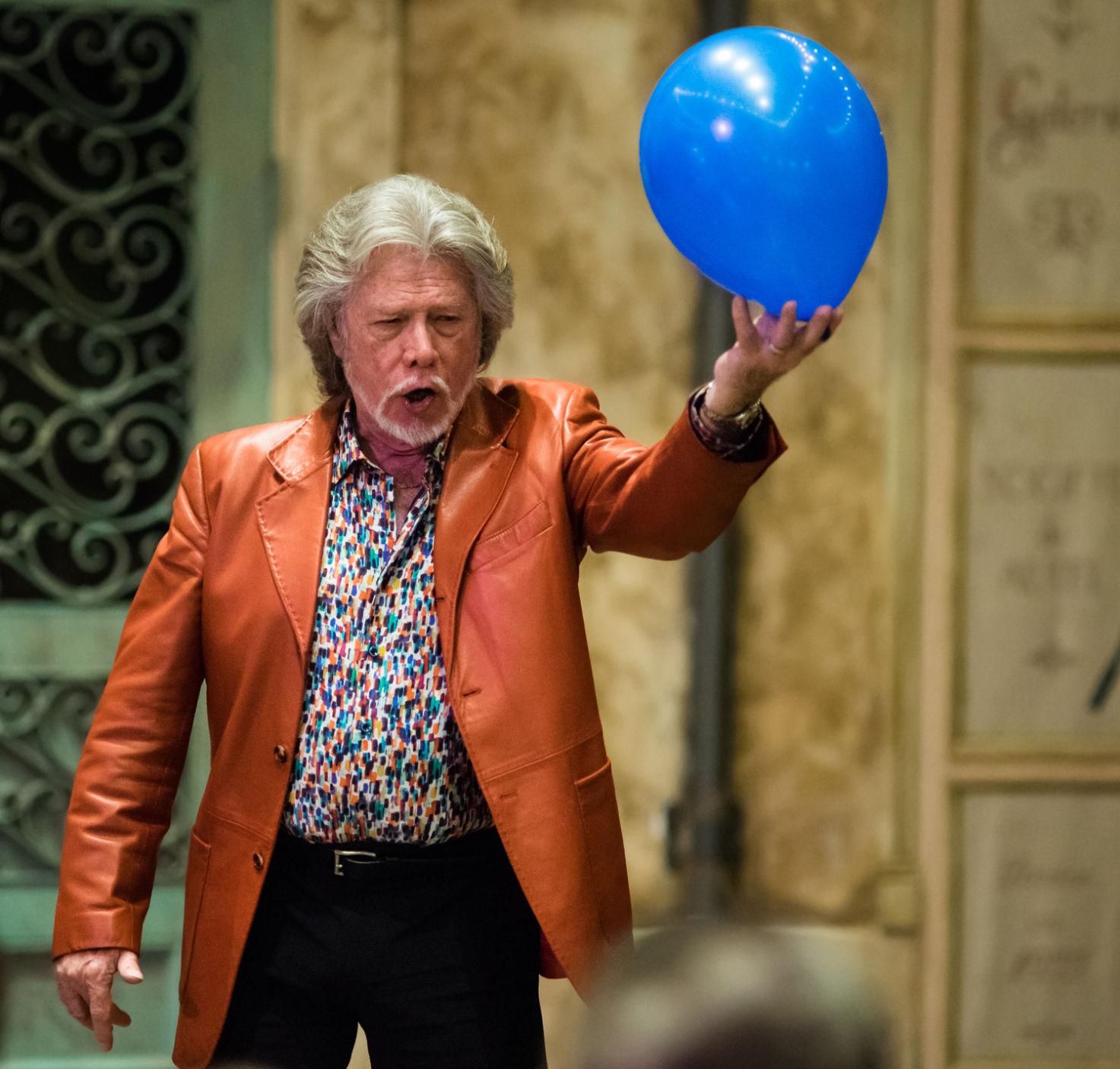 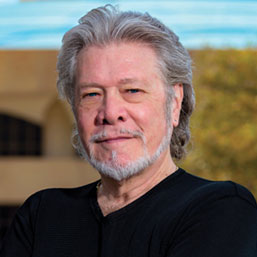 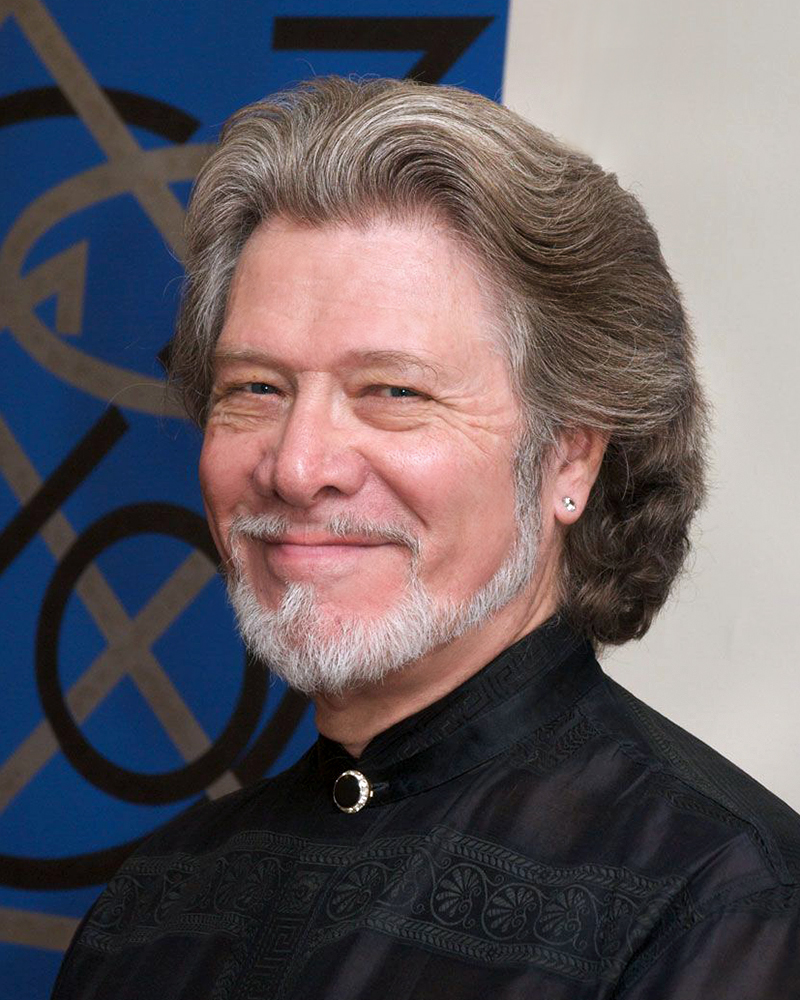