“The tenor Rodell Rosel brought verve and flair to the malicious yet bungling Monostatos.”

Tenor
Rodell Rosel is a guest of the major opera companies. Following his debut at the Lyric Opera of Chicago as Remendado in Carmen, he has appeared on their stage as Mime in Das Rheingold, Goro in Madama Butterfly, Pang in Turandot, Monostatos in Die Zauberflöte, the Prince, Man Servant & Marquis in Lulu, Spoletta in Tosca, Second Jew in Salome, Bardolph in Falstaff, Ruiz in Il Trovatore, Dr. Blind in Die Fledermaus, the Four Servants in Les Contes d’Hoffman, and Valzacchi in Der Rosenkavalier. He debuted on the stage of the Metropolitan Opera as Valzacchi in Der Rosenkavalier, and later as Nathaniel in their new production of Les Contes d’Hoffman. He made his debut with the Royal Opera House, Covent Garden as Monostatos.

Elsewhere, he has appeared with Los Angeles Opera, Seattle Opera, Pittsburgh Opera and Tulsa Opera as Goro in Madama Butterfly, Houston Grand Opera as Mime in Das Rheingold and Siegfried, Squeak in Billy Budd, Dancing Master in Ariadne auf Naxos, and Goro, Seattle Opera as Monostatos, Wolf Trap Opera as Monostatos, Cornaccio in Volpone, the Governor in Candide and the Dancing Master in Ariadne auf Naxos, the Florentine Opera as Monostatos in The Magic Flute, Little Bat in Susannah, Njegus in The Merry Widow, and in the title role of Albert Herring, Santa Fe Opera in the world premiere of The Letter, the Ravinia Festival as Basilio & Curzio in Le Nozze di Figaro, Spoletta, 1st Jew in Salome, and Arbace in Idomeneo, The Dallas Opera as Anthony Candolino in the world premiere of Heggie’s Great Scott, and the Cleveland Orchestra as the 1st Jew, and Kentucky Opera as the Dancing Master in Ariadne auf Naxos, Arizona Opera as Loge in Das Rheingold, Numi Opera in the title role of Zemlinsky’s Der Zwerg, and the National Theater in Taiwan as Mime in Siegfried.

For the 2021-2022 season, he returned to Metropolitan Opera and Pittsburgh Opera as Monostatos, and will return to Lyric Opera of Chicago as Spoletta this spring.

Formerly a member of the Ryan Opera Center (formerly Lyric Opera Center for American Artists), the Manila native studied at the University of California in Los Angeles, where he sang the title role in Britten’s Albert Herring and leading roles in Mozart, Rossini and Ravel, also appearing as tenor soloist in The Creation, Messiah and the Mozart Requiem. In addition, he has sung Basilio in Le Nozze di Figaro at Music Academy of the West in Santa Barbara.

Mr. Rosel was a Grand Prize Winner of the Metropolitan Opera National Council Auditions, and has received a third-place award from the Palm Beach Opera Vocal Competition, a second-place award at the Lotte Lenya Vocal Competition, and was a finalist at the Loren Zachary National Vocal Competition and the Jose Iturbi International Music Competition. He is the recipient of scholarships from, among others, The National Academy of Recording Arts and Sciences and the Opera Buffs Career Achievement Award. He was a soloist in John Musto’s Volpone, which was Grammy-nominated for Best Opera Recording, performed live at Wolf Trap Opera. 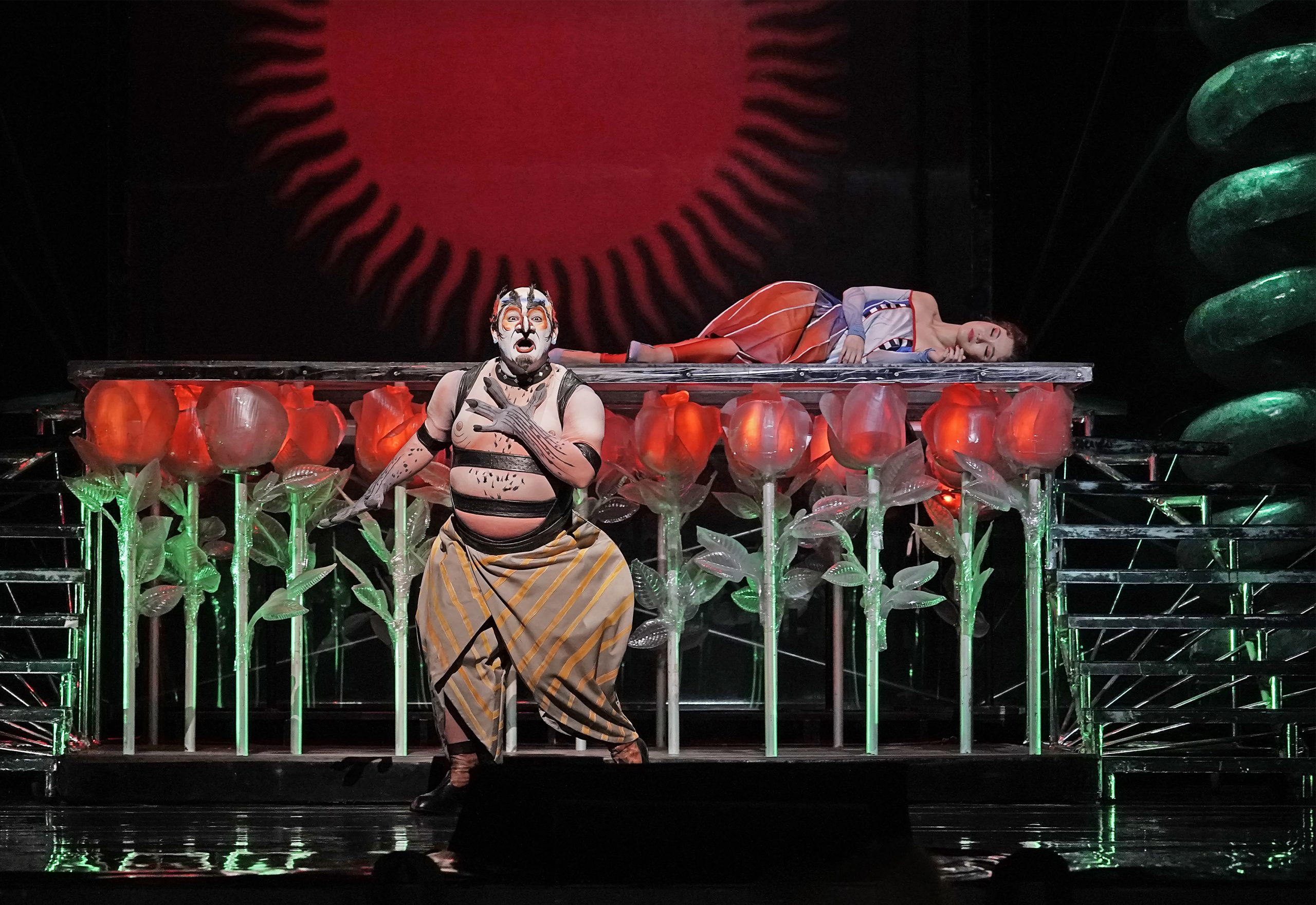