“Raymond Aceto’s powerful, pathologically evil baron could have carried the night on his own. The varying colors of Aceto’s bass and the nuances of his acting brought realism and depth to the character — predatory, slithering, manipulative in Act I; cruel, taunting and wolfishly greedy in Act II.”

American bass Raymond Aceto has established an important presence among the world’s leading opera companies and symphony orchestras. His performances continue to gather both popular and critical acclaim. Of his performance as Baron Scarpia, The Houston Chronicle hailed, “Raymond Aceto oozes suave villainy as the evil Baron Scarpia, his voice a dark rumble of menace and lust as he plots to destroy Cavaradossi and conquer Tosca…intelligent characterization distinguishes Aceto’s Scarpia as more than a cartoon villain. Commanding in voice and presence, implacable in his lust for Tosca, he is nonetheless subtle in his calculations. It’s his smiling ease that confirms how dangerous he is.”

Aceto’s 2021-2022 season began with his return to Wolf Trap as soloist for their 50th Anniversary Celebration Gala, followed by his return to Seattle Opera as Hunding for a special Welcome Back performance of Die Walküre under conductor Ludovic Morlot. In November he returns to the Lyric Opera of Chicago as Captain in Daniel Catán’s Florencia en el Amazonas, directed by Francesca Zambello. He returns to the Metropolitan Opera stage throughout the season for performances of the Bonze in Madama Butterfly and Gremin in Eugene Onegin. On the concert stage, he returns to the Cleveland Orchestra in May as Lodovico in Verdi’s Otello. During the 2020-2021 season, Aceto was scheduled to perform the roles of Zuniga in Carmen, Il Commendatore in Don Giovanni, and Warden George Benton in a new production of Dead Man Walking, all at the Metropolitan Opera; Leporello in Don Giovanni and The Fairy King in Wagner’s Die Feen at the Glimmerglass Festival; and Beethoven’s Ninth Symphony with the Cleveland Orchestra.

Recent seasons for the veteran bass include performances at Washington National Opera and the San Francisco Opera in Francesca Zambello’s RING Cycle; Méphistophélès in Gounod’s Faust at Washington National Opera; Rocco in Fidelio at the Opéra de Montréal under the baton of Yannick Nézet-Séguin; New Orleans Opera as the Archbishop in Thcaikovsky’s Joan of Arc; and at the Metropolitan Opera for performances of Pique Dame, Les Pêcheurs de Perles, Carmen, and Madama Butterfly.

A frequent presence on the world’s international stages, Aceto performed in a new production of Nabucco for the 20th Anniversary Celebration of the Shanghai Grand Theater, conducted by Daniel Oren. He also appeared with the Cleveland Orchestra on tour to Vienna’s Musikverein as Harasta in The Cunning Little Vixen under the baton of Music Director Franz Welser-Most and directed by Yuval Sharon. In 2015 he traveled to Japan with the Royal Opera House, Covent Garden as Banquo in Macbeth and Il Commendatore in Don Giovanni with Sir Antonio Pappano conducting. A regular collaborator with leading symphony orchestras, he has recently been seen as a soloist for Verdi’s Requiem with the Oregon and Grand Rapids Symphonies, Bruckner’s Te Deum with the Atlanta Symphony Orchestra, Mozart’s Requiem with the Rochester Philharmonic Orchestra under Music Director Ward Stare, and Wagner’s Der Fliegende Holländer with the St. Louis Symphony under Music Director David Robertson.

On the international stage, Aceto has been seen in Il Barbiere di Siviglia, Turandot, Rigoletto, and Il Trovatore at the Royal Opera House, Covent Garden; Oroveso in Norma at the Gran Teatre del Liceu; Simone Boccanegra, Aida, and Carmen at Deutsche Oper Berlin; Aida at the Vienna Staatsoper; Il Trovatore at the Teatro Real Madrid; Rigoletto at the Netherlands Opera; Lucia di Lammermoor and Le Vêspres Sicilienne at Oper Frankfurt; Nabucco, Aida, and Carmen at the Arena di Verona; Scarpia in Tosca at the Teatro Comunale di Bologna; I due foscari at La Monnaie; Zaccaria in Nabucco at the Teatro Comunale di Firenze; Carmen at Teatro Massimo; Fidelio and Der fliegende Holländer at the Canadian Opera Company; and Rigoletto at L’Opéra de Montréal.

A graduate of the Metropolitan Opera’s Young Artist’s Development Program, the Ohio-born bass has appeared frequently with the company since his debut as the Jailer in Tosca during the 1992-1993 season. In 1995 and 1996, Mr. Aceto was awarded Richard Tucker Foundation Career Grants, and in 1994 he was a recipient of a Sullivan Foundation Award. In 1996, he traveled to Japan for performances and a recording of The Rake’s Progress with Seiji Ozawa conducting. Mr. Aceto can also be heard in the role of Capellio in Teldec’s recording of I Capuleti e i Montecchi. 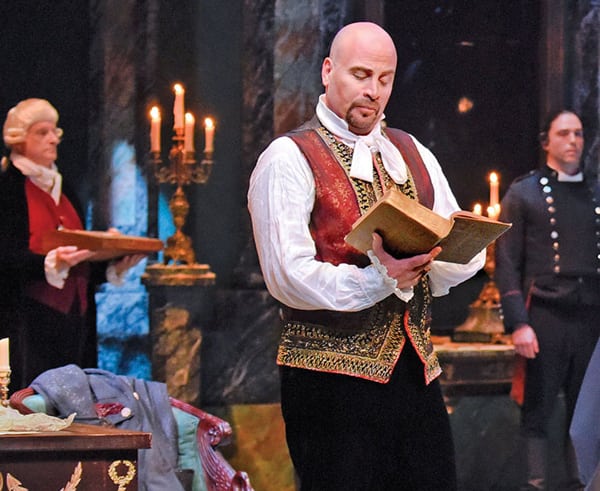 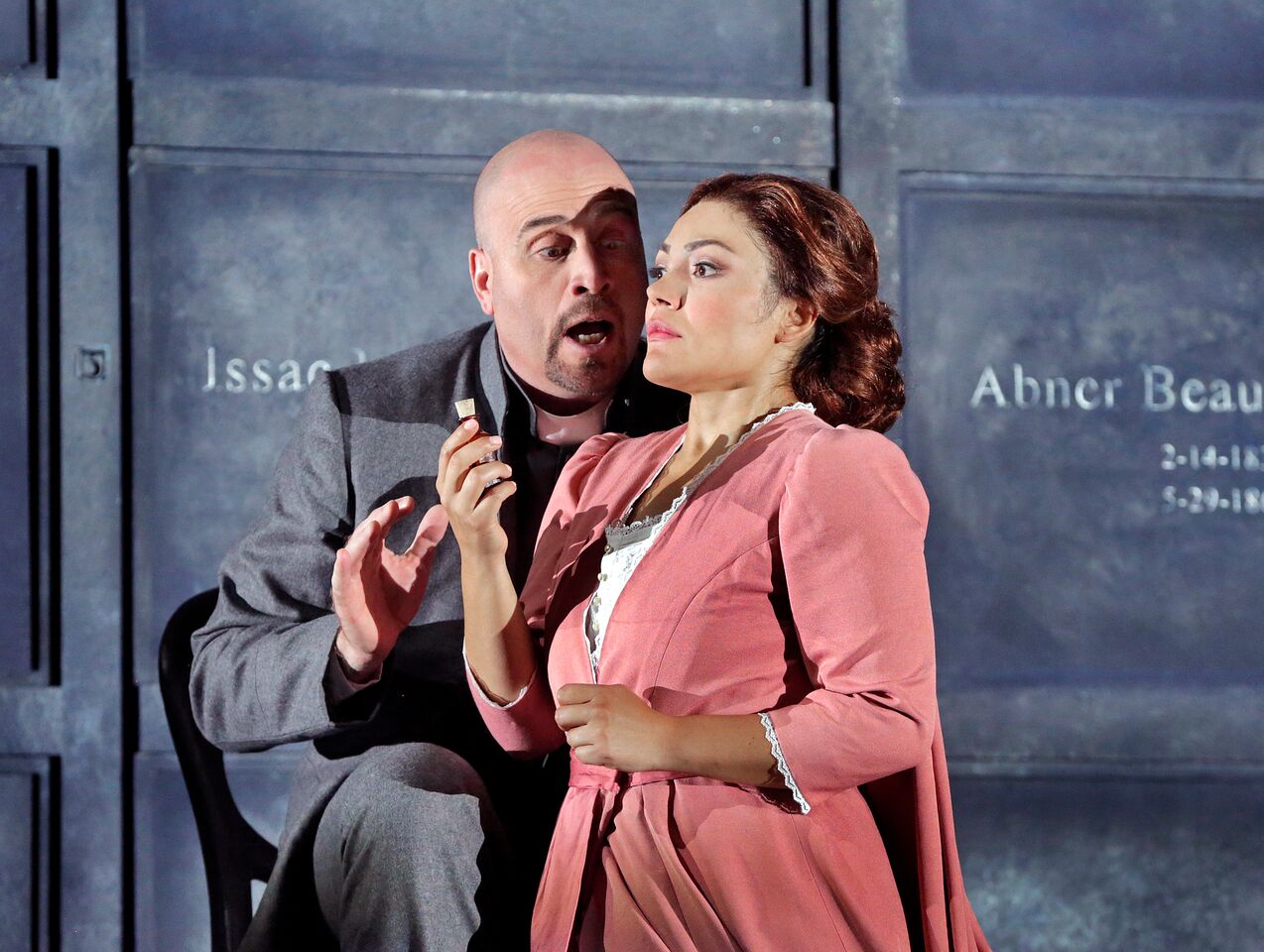 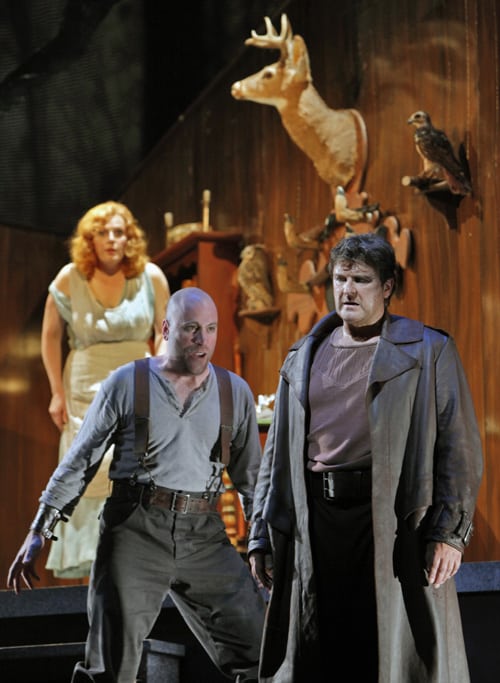 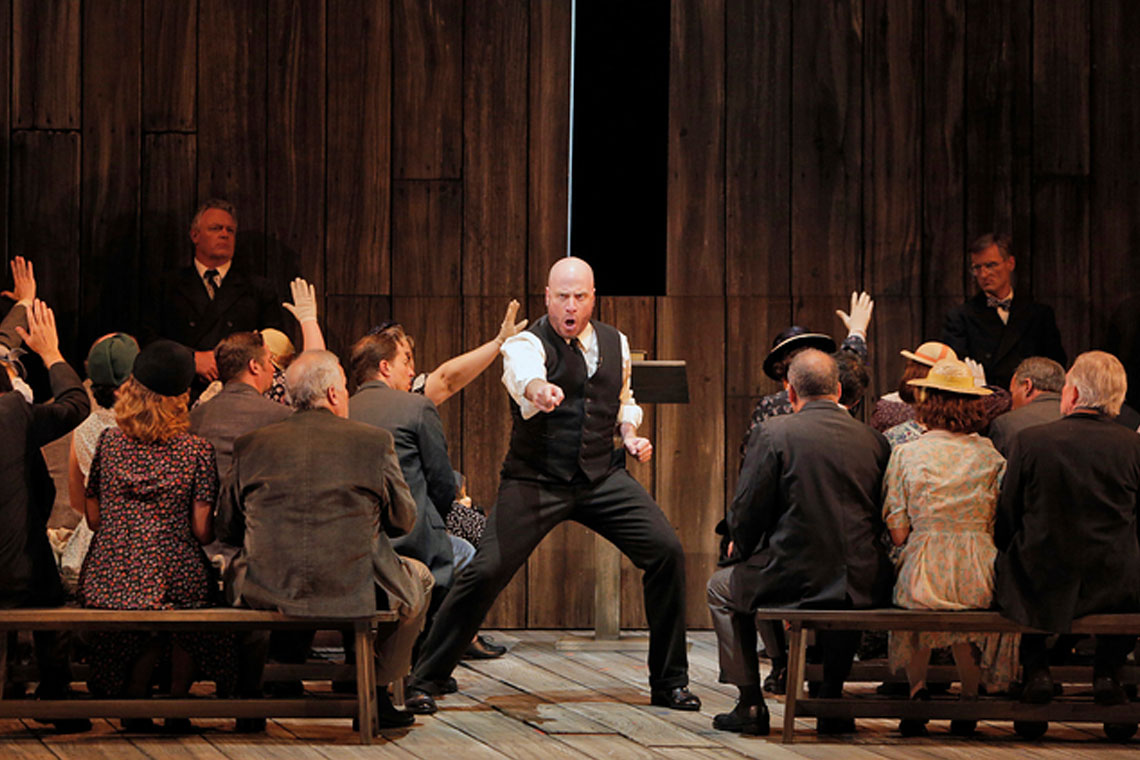 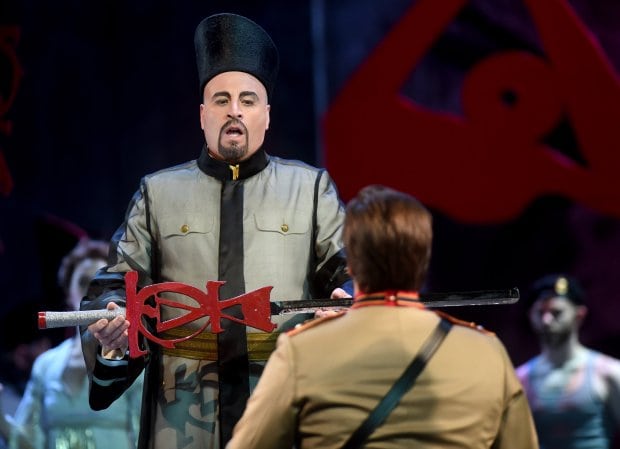