“Paul Groves’ clear diction and adept use of mezza voce cast a sheen of awe and wonder over his humble plea.”

The Queen of Spades, Chekalinsky — The Metropolitan Opera

One of the great American tenors of his generation, Paul Groves continues to enjoy an impressive international career performing on the stages of the world’s leading opera houses and most prestigious concert halls.

Paul Groves begins his 2019/2020 season performing La Damnation de Faust in concert with the Shanghai and Beijing Symphonies. He returns to the Metropolitan Opera for his 27th season with the company in performances of Chekalinsky in The Queen of Spades and Tamino in The Magic Flute. He finishes the season in the world premiere of Tobias Picker’s Awakenings with Opera Theatre of Saint Louis.

Last season saw Groves at Opera de Lyon for performances as Faust in Boito’s Mefistofele, his debut at the National Kaohsiung Center for the Arts in Taiwan as the title role in Candide, and his debut as Herod in Salome with the Spoleto Festival USA. A veteran of the concert stage, Groves appeared with the Los Angeles Philharmonic for Stravinsky’s Persephone with Esa-Pekka Salonen, the Indianapolis Symphony for Bruckner’s Te Deum with Krzysztof Urbanski, and the BBC Scottish Symphony Orchestra for Mahler’s Das Lied von der Erde with Donald Runnicles. Recent performances include as Wilhelm Arndt in The Ring of Polykrates with the Dallas Opera under Music Director Emmanuel Villaume, Faust in a concert production of La Damnation de Faust with the Boston Symphony Orchestra, Benjamin Britten’s War Requiem with Opera de Lyon, Beethoven’s Symphony no. 9 with the Rochester Philharmonic, Haydn’s Creation with the Prague Philharmonia, and Das Lied von der Erde alongside Sasha Cooke at the Santa Fe Chamber Music Festival.

Additional highlights of recent seasons include a rare role debut singing Alessandro Cesare in Cavalli’s Eliogabalo with the Opéra national de Paris, his first performances in the title role of Wagner’s Parsifal with the Lyric Opera of Chicago led by Sir Andrew Davis, appearances as Admète in Gluck’s Alceste with Madrid’s Teatro Real, Nicias in Massenet’s Thais with the Los Angeles Opera, and Pylade in Iphigénie en Aulide with Theater an der Wien. An avid concert performer, Groves’ previous season was filled with debuts and return engagements with symphonies across the United States. Throughout the 2016/2017 season, he was seen performing Mahler’s Das Lied von der Erde with the Cleveland Orchestra and the Indianapolis Symphony, Berlioz’ Requiem with the San Francisco Symphony under Charles Dutoit, as well as Stravinsky’s Perséphone with the Oregon Symphony.

Paul Groves came to national attention as a winner of the Met’s National Council Auditions in 1991. A graduate of the Metropolitan Opera’s Young Artists Development Program, Mr. Groves made his Metropolitan Opera debut in 1992 as the Steuermann in Der fliegende Holländer. Mr. Groves returned to the MET for performances as Camille de Rosillon in their new production of The Merry Widow, opposite Placido Domingo and Frederica von Stade; Ferrando in a new production of Cosi fan tutte; Tom Rakewell in The Rake’s Progress; Lysander in Britten’s A Midsummer Night’s Dream; Belmonte in Die Entführung aus dem Serail; Fenton; and Don Ottavio in nationally-televised season-opening performances of Don Giovanni opposite Bryn Terfel and Renee Fleming. In 2006, he created the role of Jianli in the world premiere of Tan Dun’s The First Emperor, opposite Placido Domingo, and he returned to the MET in 2008 for further performances of this role. Paul Groves made his debut with San Francisco Opera as Fenton, and he returned in subsequent seasons for performances as Ferrando, Belmonte and Pylade. His debut with Lyric Opera of Chicago was in 1998 as Nadir in a new production of Les pêcheurs de perles, and audiences in Chicago saw him in later seasons as Tamino, Pylade and the title role in La Damnation de Faust. Los Angeles Opera audiences first saw him in season-opening performances of the title role in La damnation de Faust, and he recently returned for performances as Fritz in a new production of La Grande Duchesse de Gerolstein directed by famed Hollywood director Garry Marshall.

He made his debut at La Scala in 1995 as Tamino in the opening night performance of Die Zauberflöte, Riccardo Muti conducting, and he has returned in several roles, including Renaud in Gluck’s Armide and Nemorino in L’elisir d’amore – the first American tenor invited to La Scala for this role.  Audiences in Paris have seen the tenor often since his debut in 1996 season when he appeared as Tom Rakewell at the Théâtre Musical de Paris, Châtelet in a new Sellers/Salonen production of The Rake’s Progress. Mr. Groves made his debut with the Opéra de Paris as Fenton in a new production of Falstaff, and he soon returned for performances as Tamino, Berlioz’s Faust, Nemorino, Julian in a new production of Charpentier’s Louise and his role debut as Mozart’s Idomeneo.. The role of Tamino was also the vehicle for his debut at London’s Royal Opera, Covent Garden. He has since returned to perform the role of Pylade in Iphigénie en Tauride opposite Simon Keenlyside and Susan Graham. He has performed often with the Vienna Staatsoper in roles including Camille in a new production of Die lustige Witwe, Carlo in a new production of Linda di Chamounix, Tamino, Nemorino, Don Ottavio, Flamand in Capriccio, Count Almaviva in Il barbiere di Siviglia, and the Italian Singer in Der Rosenkavalier. In 2009 the tenor sang his first performances in the title role of Stravinsky’s Oedipus Rex in Japan under the baton of Charles Dutoit. Mr. Groves has appeared frequently with the Salzburg Festival since his debut there in 1995 as Don Ottavio conducted by Maestro Daniel Barenboim.Mr. Groves made his debut with the Deutsche Oper Berlin in 1998 as Des Grieux in a new production of Manon and with the Netherlands Opera in 2001 as Bénédict. His debut with the Bayerische Staatsoper was in 1997 as Don Ottavio, and he has returned to Munich for performances as Tamino and as Arturo in a new production of I Puritani, opposite Edita Gruberova.

A gifted musician, Paul Groves is continually in demand for concerts with the world’s leading orchestras and conductors. In 2003 Mr. Groves made his debut with the New York Philharmonic as soloist in Berlioz’s Requiem in performances conducted by Charles Dutoit, and he returned for performances of the title roles in La Damnation de Faust, and Candide, opposite Kristin Chenowith. His debut with the Boston Symphony Orchestra came also in 2003 in the world premiere of John Harbison’s Requiem conducted by Bernard Haitink in performances in Boston and at New York’s Carnegie Hall, and he has returned frequently, including performances in Schönberg’s Gurrelieder and Tippet’s A Child of Our Time as well as La Damnation de Faust, all led by James Levine. Mr. Groves performed Stravinsky’s Rossignol and Berlioz’s Te Deum with the San Francisco Symphony Orchestra conducted by Michael Tilson Thomas and Mahler’s Das Lied von der Erde with the Philadelphia Orchestra led by Christoph Eschenbach. The tenor made his debut with the Cleveland Orchestra in performances as Berlioz’s Faust, led by Christoph von Dohnanyi, and he has since appeared with them in performances of Beethoven’s Ninth Symphony also under the direction of von Dohnanyi at Cleveland’s Severence Hall and at New York’s Carnegie Hall. Other recent performances at Carnegie Hall include Berlioz’s L’enfance du Christ with the Orchestra of St. Luke’s and Sir Charles Mackerras. The tenor made his debut with the Los Angeles Philharmonic in a program of works of Mozart and Britten led by Esa-Pekka Salonen, and soon returned for performances of Haydn’s Die Schöpfung and Stravinsky’s Les Noces. The works of Benjamin Britten figure prominently in Paul Groves’ concert work and include performances of Britten’s Serenade for Tenor, Horn, and Strings with the Atlanta Symphony and at the Caramoor Festival led by Donald Runnicles, and the composer’s War Requiem.

In addition to his several recordings with Maestro Levine, Paul Groves’ performances in the Salzburg Festival’s productions of Die Zauberflöte and La damnation de Faust were recorded for release on DVD by Deutsche Grammophon and Naxos Records, respectively. He recently recorded Roger Water’s new opera Ça Ira opposite Bryn Terfel for SONY Classics as well as Ravel cantatas with Michel Plasson for EMI Classics. He can be heard as Tebaldo in Teldec Classic’s recording of I Capuleti e i Montecchi, led by Donald Runnicles. He also recorded the role of Belmonte in a video and audio recording of Die Entführung aus dem Serail, filmed in Istanbul and led by Sir Charles Mackerras, for the Telarc label. Mr. Groves’ performances as Admète in Alceste at London’s Barbican Centre were recorded for CD and DVD on the Philips Classics label. 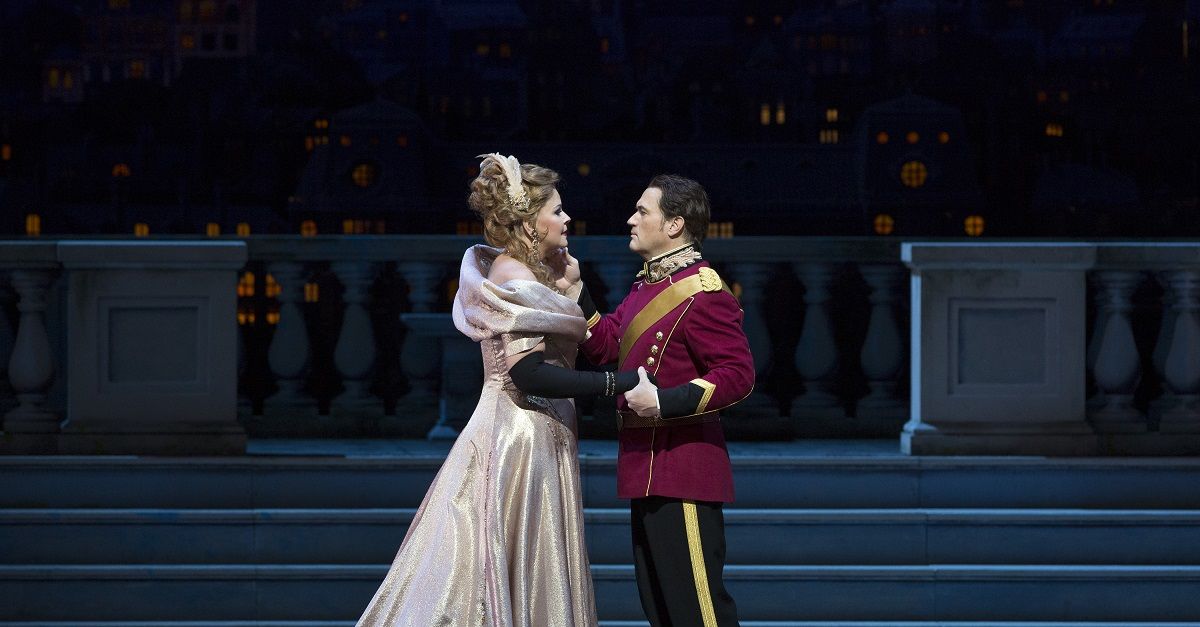 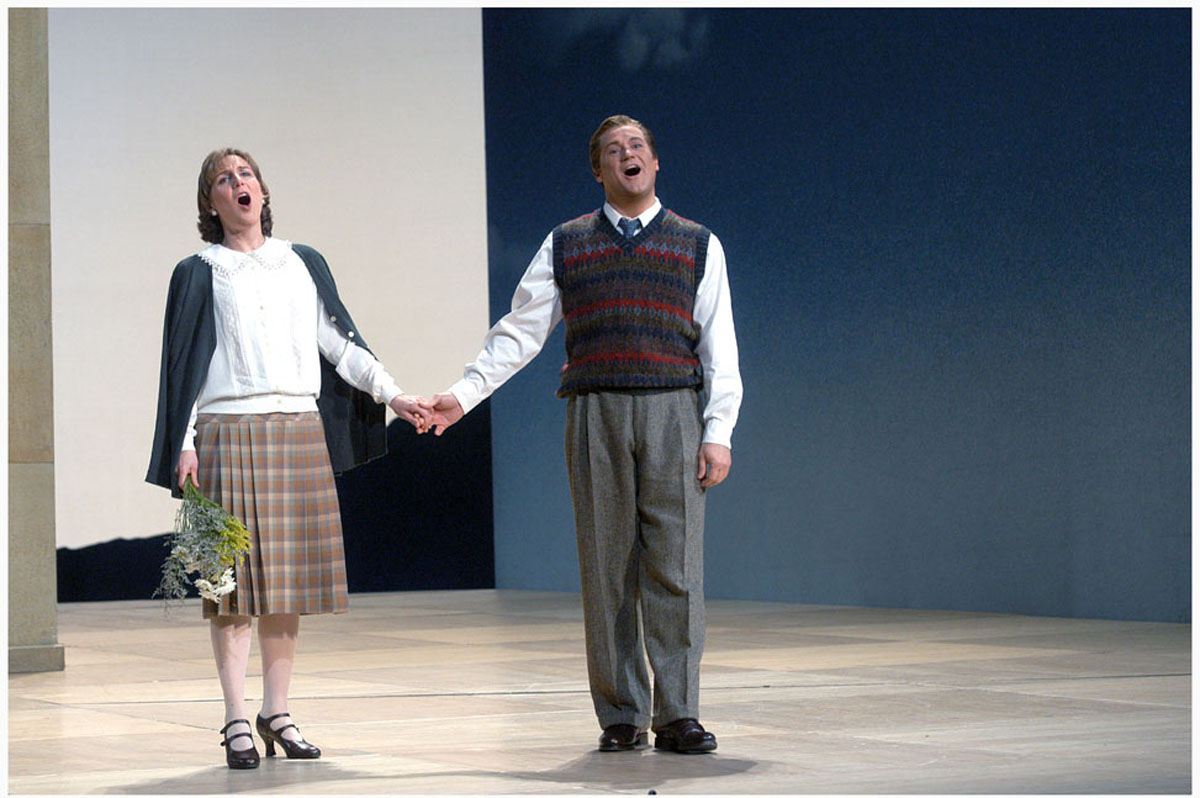