“After the first talent showcase in Menotti’s Medium, Kelsey Lauritano once again draws attention to herself with her velvety-warm and youthfully-flourishing mezzo-soprano in the small role of Emilia.”

Originally from the San Francisco Bay Area, Japanese-American mezzo Kelsey Lauritano has been hailed by the New York Times for the “warmth” and “heroism” of her voice, Opera News for her “wondrous power” and “remarkable beauty of tone”, and the Boston Globe for her “rippling wine-dark voice with a low range of staggering strength.”

Lauritano is currently a first year Ensemble member at Oper Frankfurt, one of Europe’s leading opera houses, where she was recently promoted from the Opernstudio. In the upcoming season she will appear as Mrs. Nolan and the Alto Soloist in both mainstage premieres of Menotti’s The Medium and a staged version of Pergolesi’s Stabat Mater. Due to the constant development of global Coronavirus regulations, the remainder of her 20/21 season is still to be announced.

Last season Lauritano appeared at Oper Frankfurt as Emilia in Rossini’s Otello, a shared production directed by Damiano Michieletto with Theater an der Wien, as the Fischverkäuferin / Dritter Herr / Handleser in Martinů’s Julietta, and Giovanna in Verdi’s Rigoletto. In the winter, Lauritano made her Oregon Symphony debut singing and acting the role of Ariel in a new adaption of Sibelius/Shakespeare’s The Tempest and her Austrian debut with Tiroler Festspiele Erl as the Third Wood Nymph in a new production of Dvořák’s Rusalka. Unfortunately due to the COVID lockdown in March, she was unable to make her highly anticipated role debut as the Fox in Janáček’s The Cunning Little Vixen at Oper Frankfurt and her return to Erl to sing the Wirtstochter in the new production of Humperdinck’s Königskinder.

During the 2018/19 season, Lauritano made her European operatic debut singing the Third Wood Nymph in Dvořák’s Rusalka with Oper Frankfurt. In addition, she sang the role of Enrichetta di Francia in Bellini’s I Puritani, Olga in Lehár’s Die Lustige Witwe/The Merry Widow, Eine Spanierin in Schreker’s Der Ferne Klang, and Mrs. Nolan in the Bockenheimer Depot premiere of Menotti’s The Medium. That same season, she joined Boston Early Music Festival in the role of Melissa for their new production of Caccini’s La liberazione di Ruggiero dall’isola d’Alcina and as the winner of Music Academy of the West’s 2018 Marilyn Horne Song Competition, toured a full recital program, which included a world premiere song cycle by Ricky Ian Gordon, to London, New York, Chicago, and Santa Barbara.

In the 2017/18 season Lauritano was seen as Venus in Monteverdi’s balletic opera Il ballo delle Ingrate conducted by William Christie. She reprised the title role in a concert version of Ravel’s L’enfant et les sortilèges conducted by Emmanuel Villaume in Alice Tully Hall and Diane in Juilliard Opera’s production of Rameau’s Hippolyte et Aricie conducted by Stephen Stubbs. She also performed Luciano Berio’s avant-garde song cycle, Circles with the New World Symphony in Miami Beach, Florida and Thomas Adès’ dramatic musical monologue, Life Story, in a concert dedicated to the composer at The Juilliard School. In the summer, Lauritano sang her first Cherubino in Music Academy of the West‘s production of Mozart’s Le Nozze di Figaro, conducted by James Conlon.

Lauritano completed her Master of Music degree at The Juilliard School in New York City, where she also received her Bachelor of Music degree and was granted the Peter Mennin Prize for outstanding achievement and leadership in music. She has received prizes from the Metropolitan Opera National Council, the James Toland Vocal Arts Competition and the Gerda Lissner/Liederkrantz Song Competition. In 2013, she placed 1st in the Hal Leonard Musical Theater Competition (University Division) and in 2012, was named a Presidential Scholar in the Arts by President Barack Obama in Washington D.C. Lauritano is a proud recipient of the Novick Career Advancement Grant from The Juilliard School. 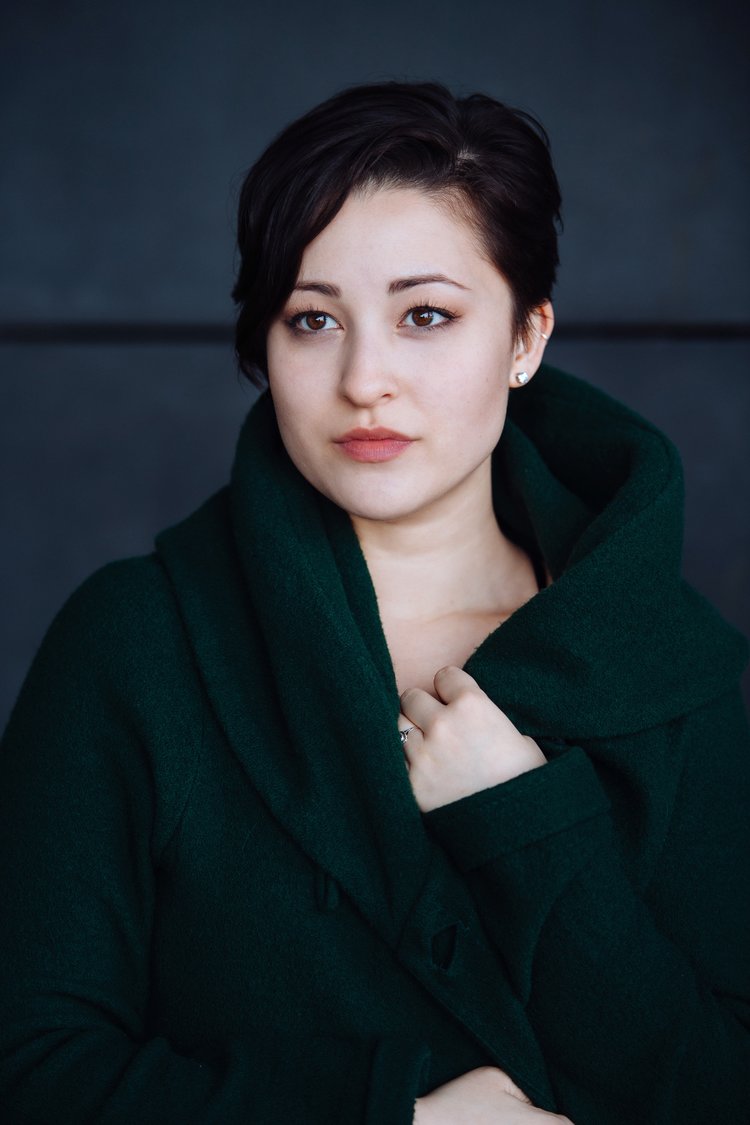 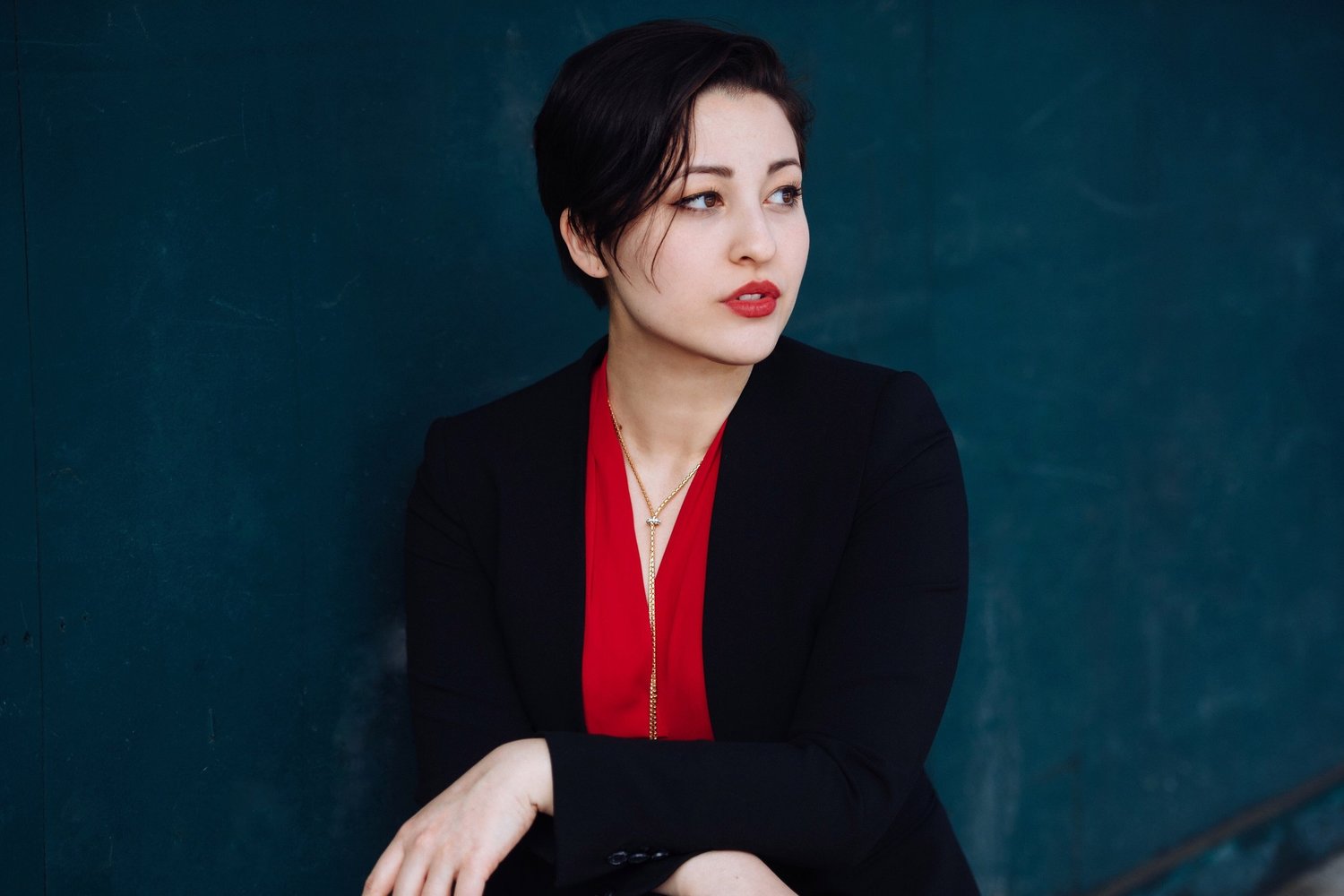