“Finally, we have an admirable Zerbinetta: she displays an admirable agility in her grand aria in the second act.”

“Soprano Elizabeth Sutphen was quite good in the part of Atalanta. She is a light soprano, who sings in a very expressive way and has no problem with coloratura.”

“Impressive coloratura soprano” (The New York Times) Elizabeth Sutphen has garnered praise for her sparkling voice and her ability to “soar deftly through stratospheric trills and arpeggios” (Financial Times). Praised as “Exquisite” by The Guardian, Ms. Sutphen looks forward to the 2021-2022 season, which will include her house debut at the Bayerische Staatsoper as Blondchen in Die Entführing aus dem Serail, her Palm Beach Opera debut as Valencienne in The Merry Widow, and her debut with the Atlanta Opera as Chrisann Brennan in The (R)evolution of Steve Jobs by Mason Bates and Mark Campbell. Ms. Sutphen has performed leading roles in houses around the world, including Sophie in Der Rosenkavalier with the Glyndebourne Festival and Zerbinetta in Ariadne auf Naxos with both the Théâtre du Capitole de Toulouse and Oper Frankfurt, and Faustina in Tarik O’Regan and John Caird’s The Phoenix with the Houston Grand Opera. Most recently, Ms. Sutphen was praised by Schmopera for her “impeccable comedic delivery” and “ability to sing flawlessly…with dexterity and finesse” for her Des Moines Metro Opera debut as the delightfully zany La Folie in Rameau’s Platée.

The beginning of Ms. Sutphen’s 2019-2020 season saw her debuts as Gilda in Rigoletto with the Houston Grand Opera, as the Rossini heroine Lisetta in La gazzetta with Oper Frankfurt, and as the soprano soloist in Bach’s Weihnachts-Oratorium with the Tiroler Festspiele. Her 2019-2020 season was also slated to include her debut as the charming Philine in Thomas’s Mignon with Oper Frankfurt, her debut with the Lyric Opera of Chicago as Singer 1/Witness 1/Woman 1 in George Benjamin’s Lessons in Love and Violence, her debut with The Dallas Opera as il voce dal cielo in Don Carlo under the baton of Maestro Emmanuel Villaume and directed by the late, unparalleled Edward Berkeley, and the cover of Cleopatra in Rossini’s Giulio Cesare with the Metropolitan Opera, all sadly cancelled due to COVID-19.

Just before the pandemic began in 2020, Elizabeth had the distinct honor of presenting a very special solo recital with the Dallas Opera’s Scultping Sounds – joined by her dear friend and collaborator John Arida. She has enjoyed many memorable moments on the concert and orchestral stage, including her debut with the Orchestre Nationale de Lille in a several week run of an all-Bernstein program, her debut with the Vienna Boy Choir singing as the soprano soloist in Carmina Austriaca, her debut with the Los Angeles Chamber Orchestra singing Pergolesi’s Stabat Mater, and her debut with The Saint Louis Symphony as the featured soloist in their 2019 New Year’s Gala. Elizabeth was slated to return to The Saint Louis Symphony to perform the role of The Blessed Virgin in Honegger’s Jeanne d’Arc au Bûcher in their 2020 season, but the concert was cancelled due to COVID-19.  She joined Juilliard415 singing Telemann’s Die Tageszeiten under the baton of Nicholas McGegan before touring with the ensemble to Vancouver and Berkeley, CA. where they performed the piece with the Philharmonia Baroque. Elizabeth has performed Queen of the Night in concert with The Albany Symphony and New York’s Little Orchestra Society. She made her Messiah debut with the Milwaukee Symphony in 2015, and looks forward to reprising its soprano solos in 2021 with the San Antonio Symphony.

Elizabeth joined the renowned International Opern Studio with Oper Frankfurt in 2016 where she was lauded as “astonishing and mature member” (Frankfurter Neue Presse), and has enjoyed returning to their roster as a guest every season since her graduation from the studio in 2018. Roles at Oper Frankfurt have included both Romilda and Atalanta in Handel’s Xerxes (which can be seen on DVD and Blu-ray through Unitel), Tiny Bunyan in Britten’s Paul Bunyan under the direction of Brigitte Fassbender, Zerbinetta in Ariadne auf Naxos, The Blessed Virgin in Honegger’s Jean D’arc au Bûcher, Lisetta in Rossini’s La gazzetta, and Lisa in La Sonnambula.

On screen, Elizabeth was asked to be one of the inaugural video creators during the pandemic for The Dallas Opera’s TDO Network. Her opera themed comedy show, which she created, wrote, directed and starred in, “Late Nite With Liz,” included interviews, monologues, and skits that went viral – and which were the most-viewed content on the TDO Network.

Elizabeth is a graduate of The Juilliard School (B.M. 2012, M.M. 2014) as well as a proud alumna of The Opera Theatre of Saint Louis (Gerdine Young Artist 2014, 2015/ Richard Gaddess Festival Artist 2016), The Internationale Meistersinger Akadamie (2015) and the Solti Accademia (2016). She has enjoyed successes on many competition stages including receiving a Career Development Grant from the Sullivan Foundation, 2nd Prize in the Gerda Lissner International Vocal Competition, an Encouragement Award from the George London Foundation, and 2nd Prize from the FAVA Grand Concours Competition. She was a Finalist in The Dallas Opera Competition, and a semi-finalist at Operalia in Lisbon, Portugal. She represented Oper Frankfurt in the prestigious Stella Maris Competition where she won Second Place, and was awarded the Novick Career Grant from the Juilliard School. 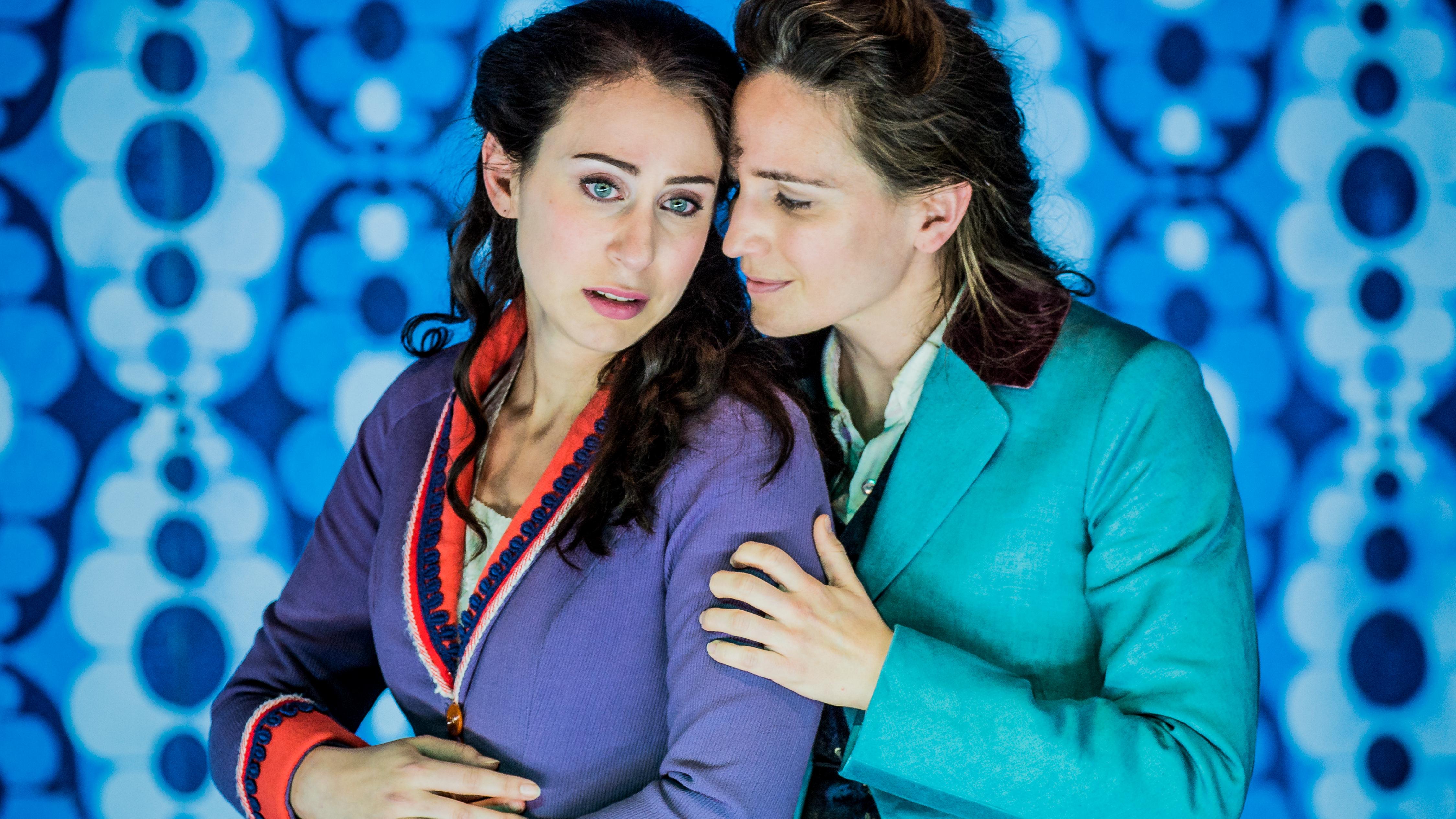 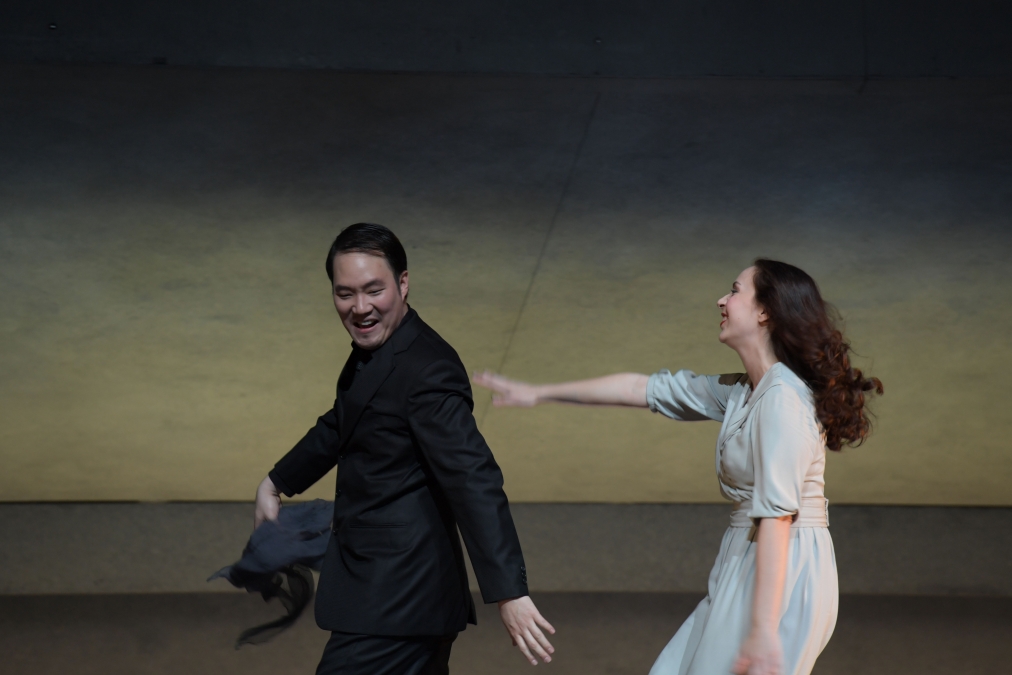 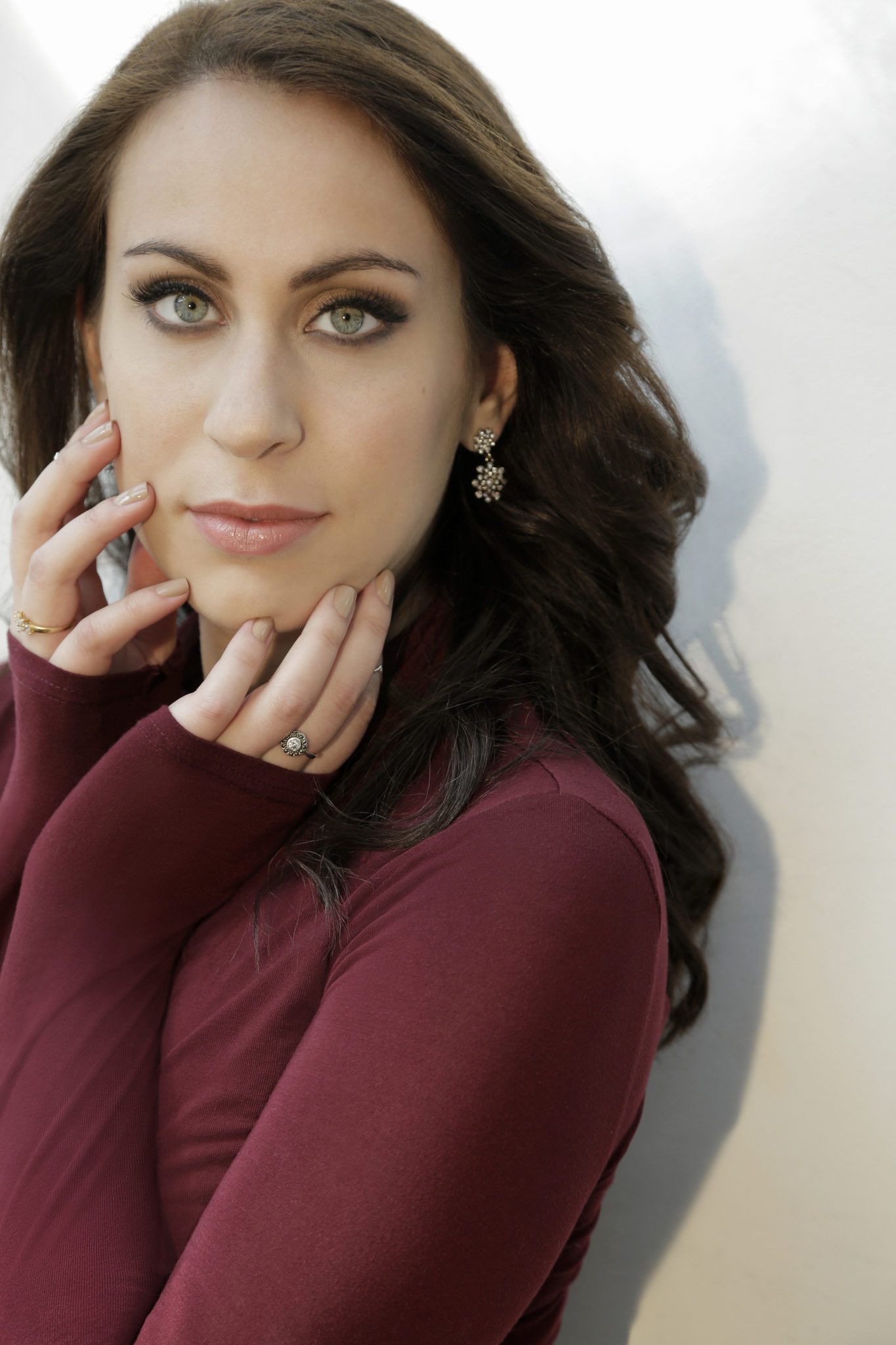 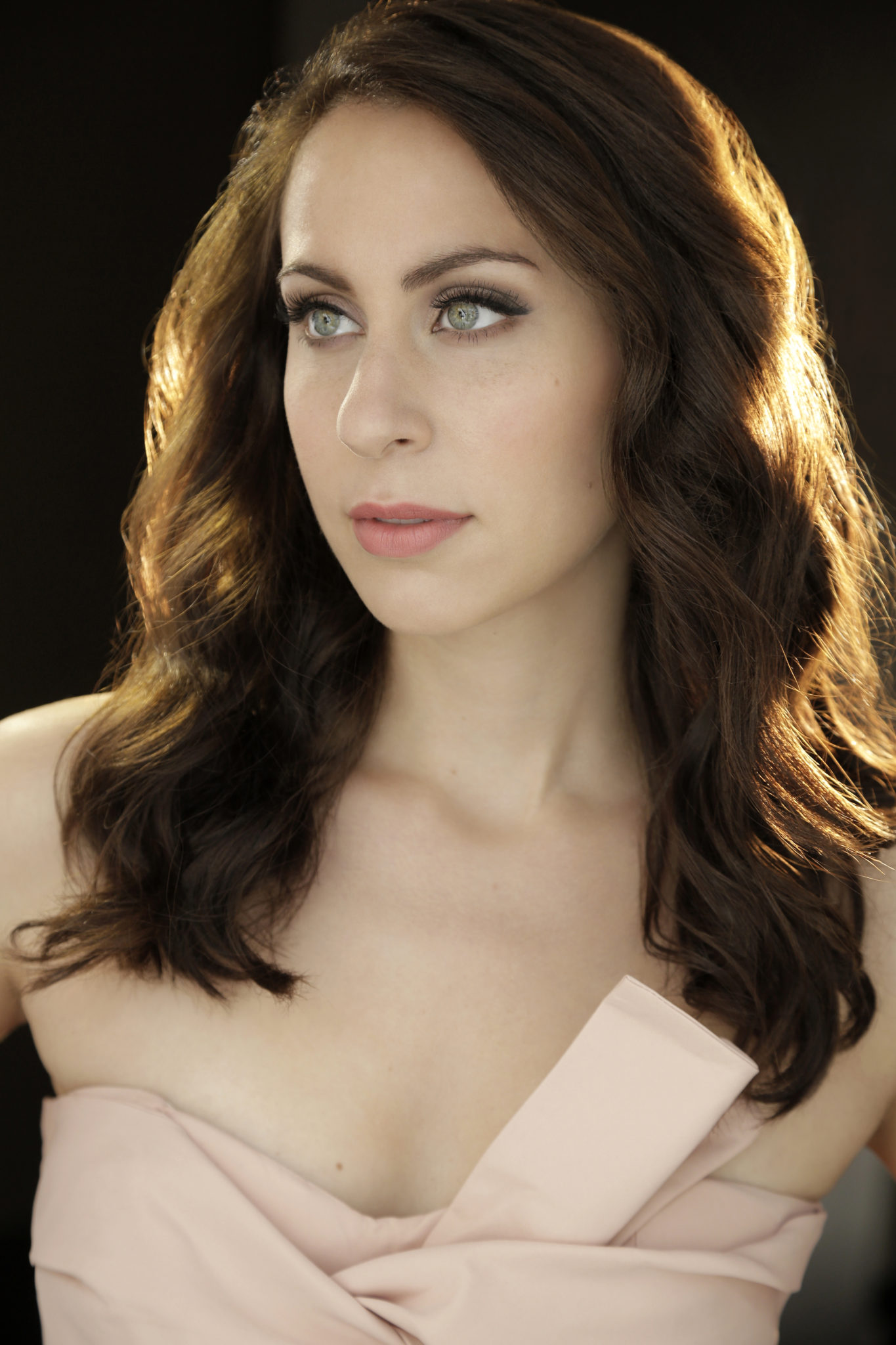 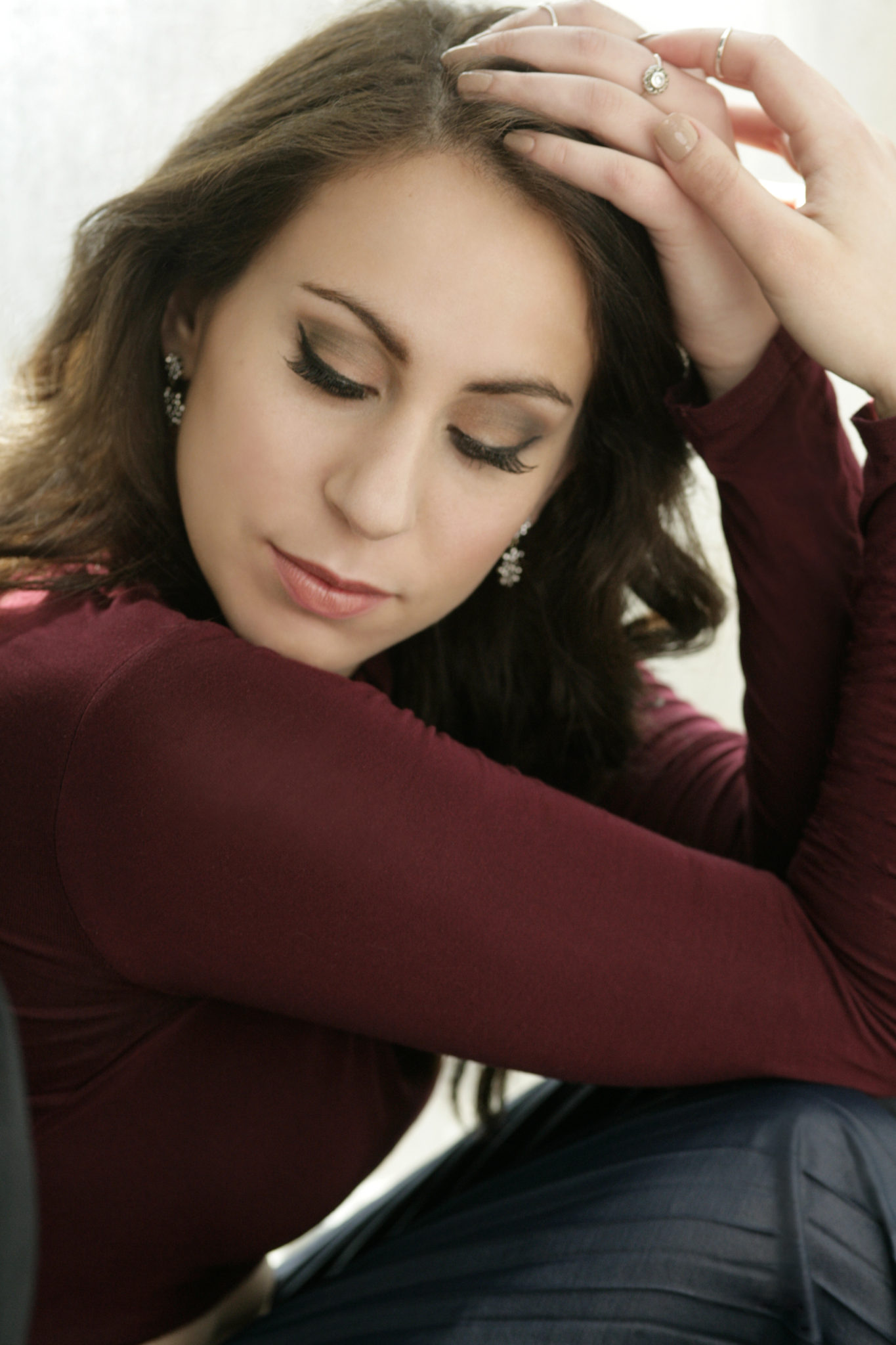 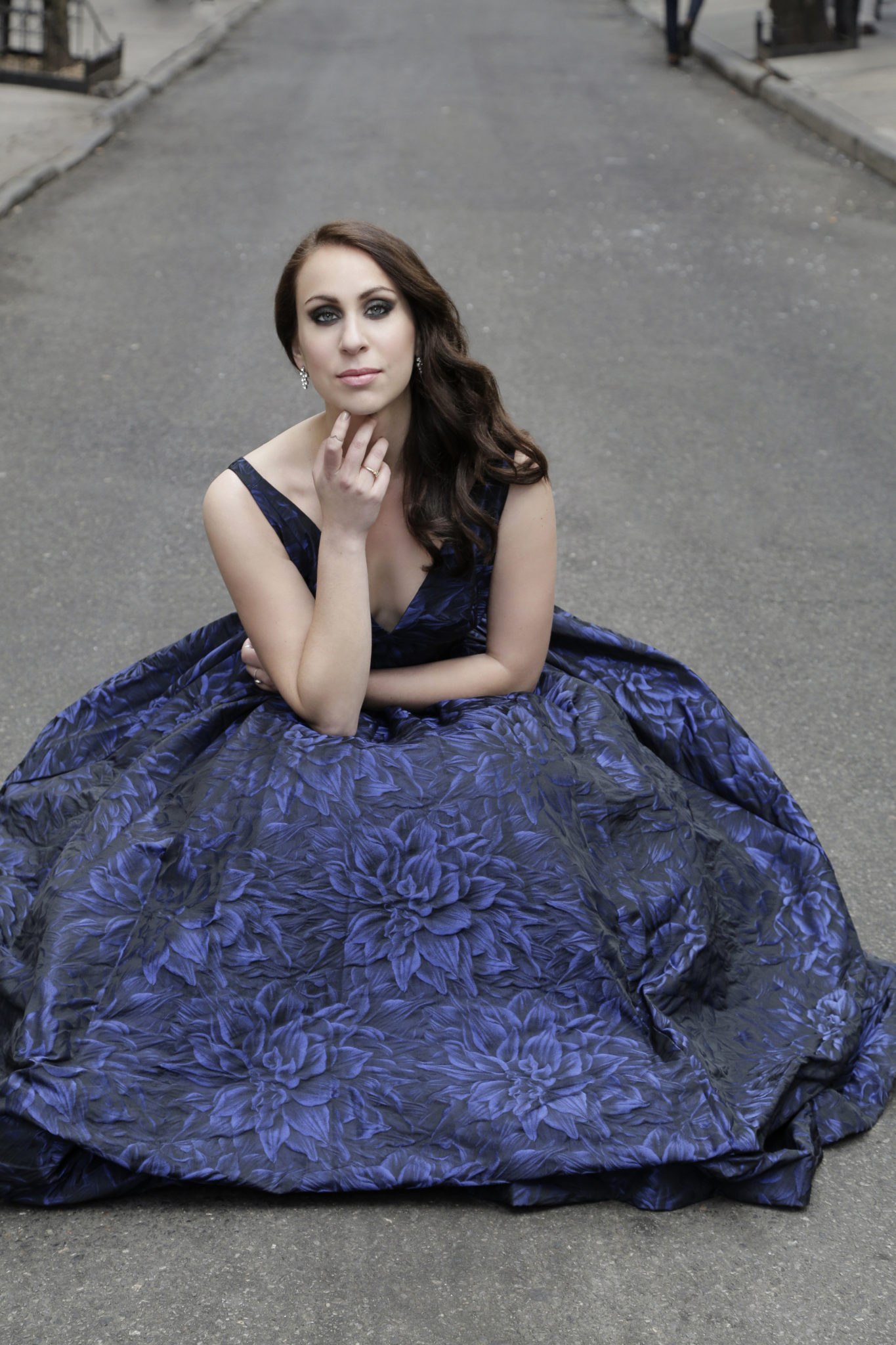 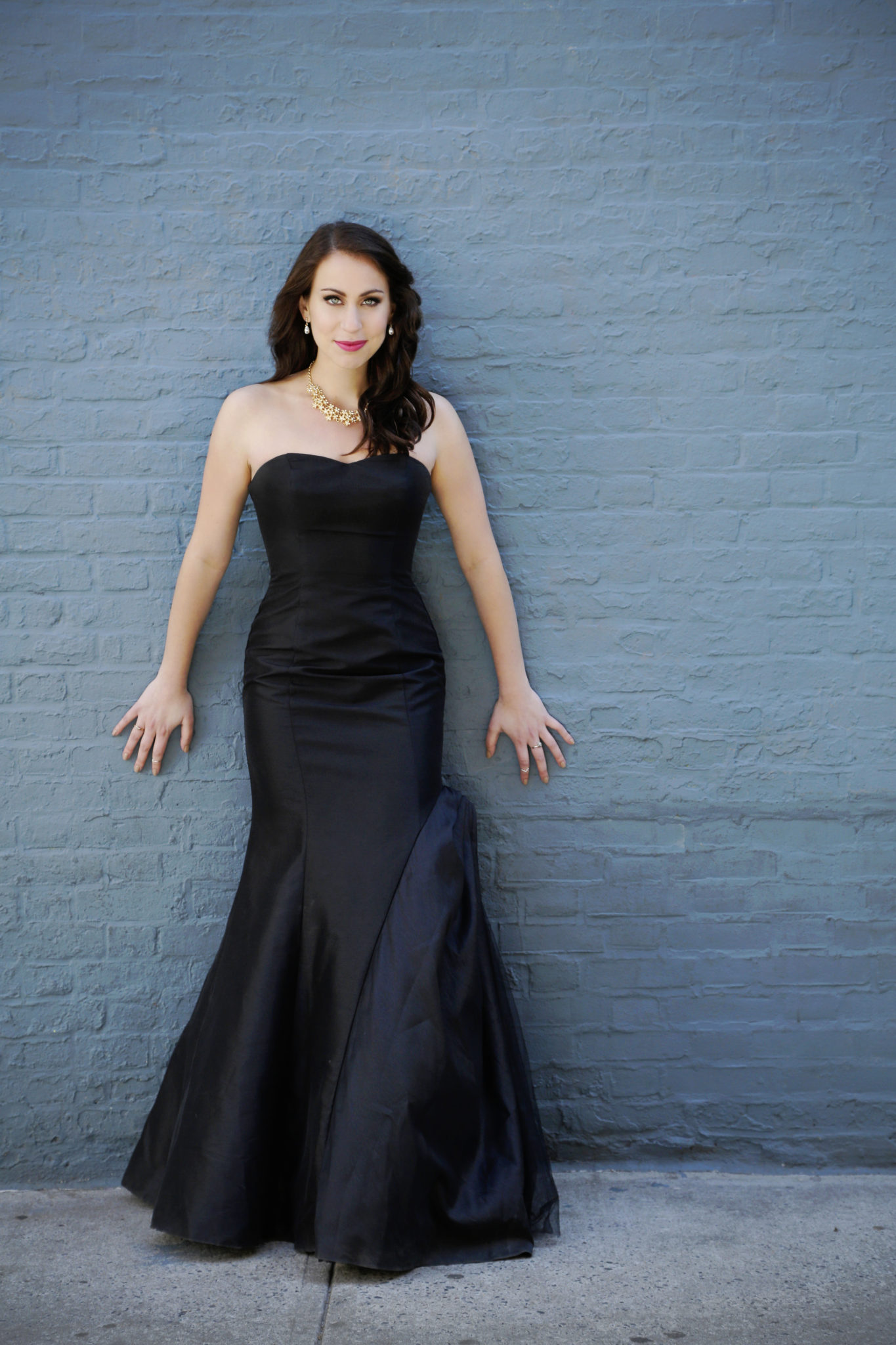 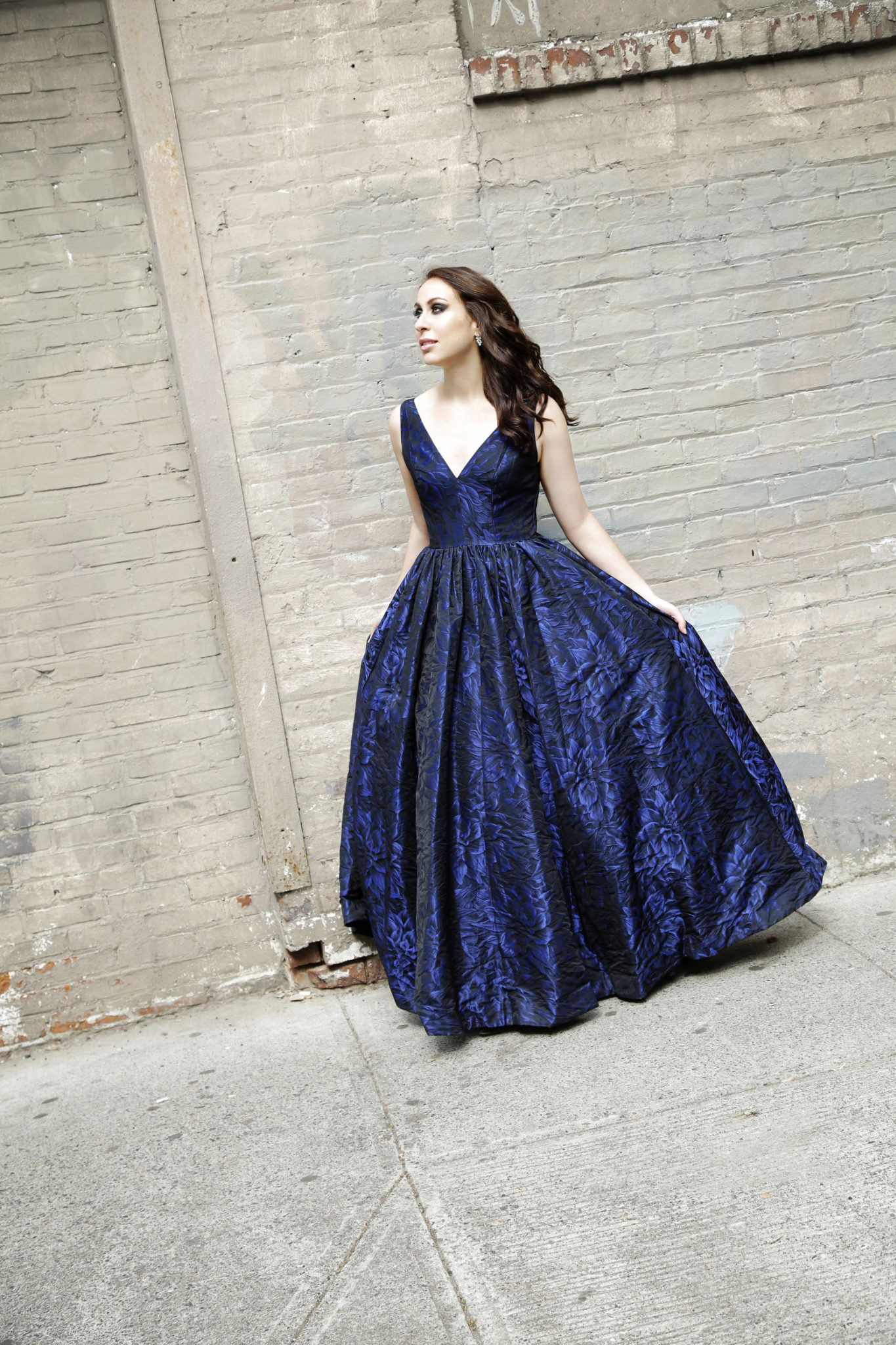 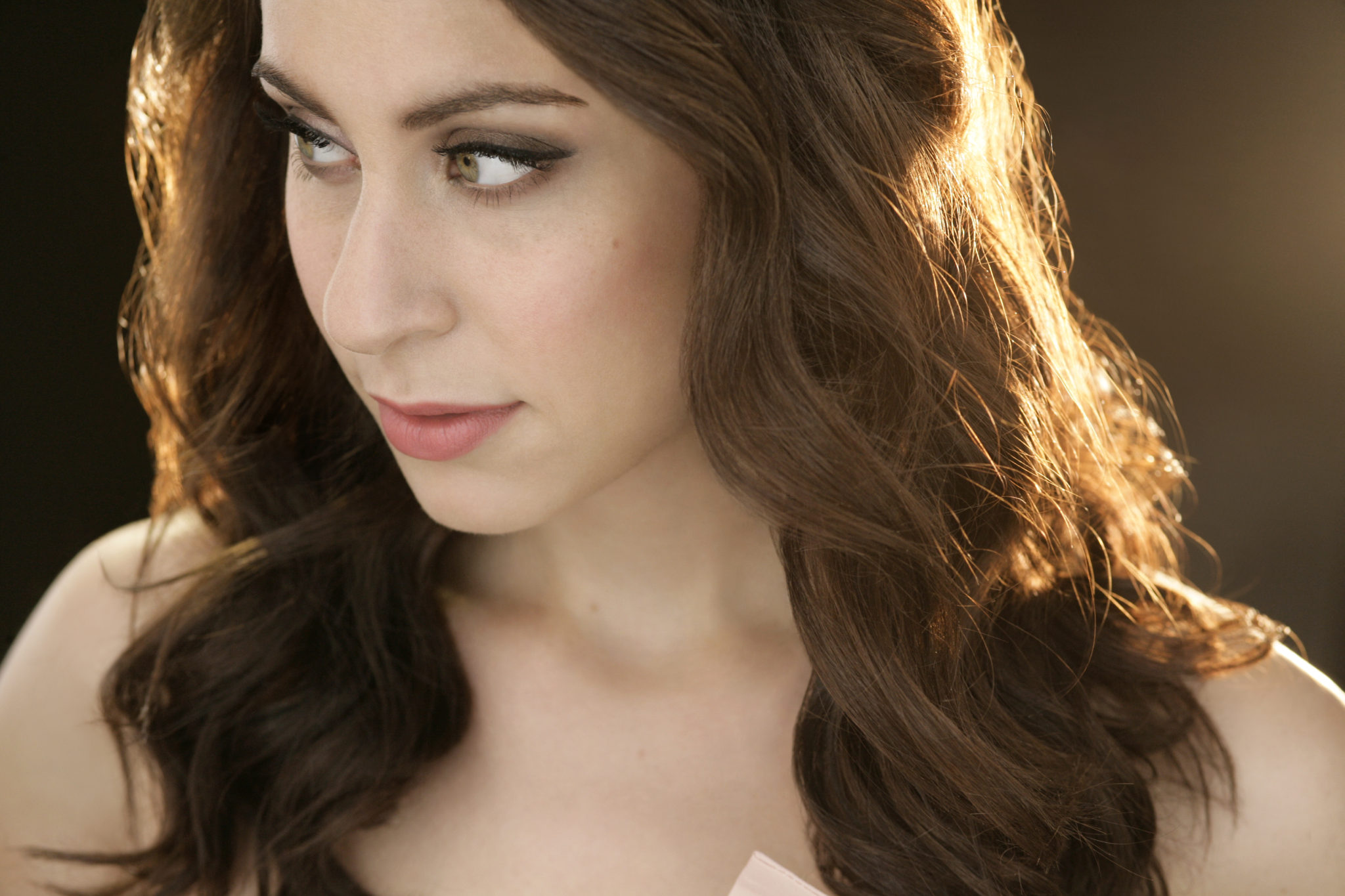 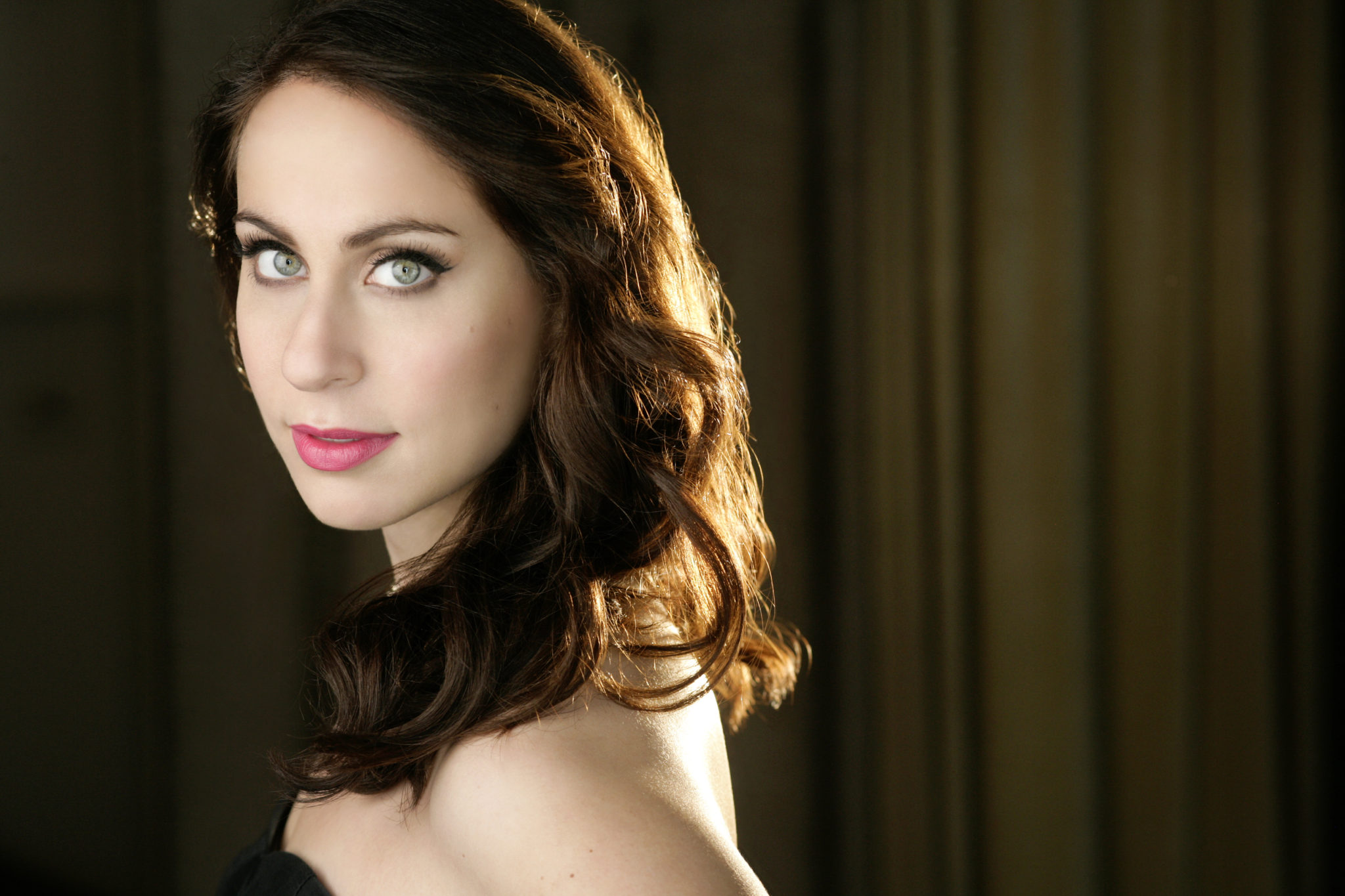