“Craig Verm is possessed of one of the finest, most mellifluous baritones of his generation and his pronouncements rang out with great presence in the house. His generous rendition of Haly’s aria was one of the evening’s many highlights.”

“Disappointment was soon banished, though, by a gutsy portrayal of Don Giovanni, richly sung, by Craig Verm. He certainly embodied the Don’s manipulative narcissism, with a sadistic streak, a gym-toned torso adding to his magnetism…with a warm, well-controlled baritone, he could be a next great Don for our day.”

Praised for his “arrestingly vibrant” and “robust” baritone, Craig Verm has brought his riveting dramatic portrayals to stages around the world. Most recently, he received high praise for his performances of the title role in Billy Budd for Des Moines Metro Opera. John van Rhein of the Chicago Tribune said, “The strong baritone voice, strapping physique and winning stage presence of Craig Verm created a sympathetic Billy” and Opera Today said Verm “was every moment the star vocal and theatrical presence that galvanized the performance.” In the 2019-2020 season, he returns to Pittsburgh Opera in the title role in Don Giovanni, Riolobo in Florencia en el Amazonas and revisits the role of as Doug Hansen in Everest in a return to Austin Opera and in his London debut at the Barbican Centre. In the 2017-2018 season, Verm made an impressive debut as a last-minute substitute in the title role of Mozart’s Don Giovanni for The Dallas Opera. His performances received critical acclaim for “succeeding in the daunting assignment…with his own credible realization of the iconic character.” Additionally, that season he joined Opera Philadelphia for their inaugural festival, O17 in War Stories, a double-bill of Monteverdi’s Il combattimento di Tancredi and Lembit Beecher’s I Have No Stories To Tell You, a production he premiered in New York City with Gotham Chamber Opera. He also returned to Seattle Opera as Guglielmo in Così fan tutte and Claudio in Beatrice et Benedict and revisited the role of Doug Hansen in Everest for his company debut with Lyric Opera of Kansas City. In the summer of 2018, he returned to The Santa Fe Opera as Haly in Italian Girl in Algiers.

Recent performances include The Santa Fe Opera as Sonora in Fanciulla del West along with Der Graf in Capriccio, performances for which he was praised for his “deep, velvet baritone {whose} featured moments leapt out from the crowd.” Additionally, he joined Arizona Opera for their 45th Anniversary Celebration alongside famed mezzo-soprano Frederica von Stade. He returned to Pittsburgh Opera as Ping in Turandot, made his debut with Seattle Opera as Papageno in The Magic Flute, and sang Marcello with Knoxville Opera. In the most recent season, Mr. Verm was heard at Opera Philadelphia as Belcore in L’elisir d’amore, as Friedrich Bhaer in Little Women at Madison Opera, and sang Messiah with Rhode Island Philharmonic. In the 2018-2019 season, he returned to Pittsburgh Opera as Peter in Hansel and Gretel and Marcello in La bohème and returns to Austin Opera as Lt. Gordon in Silent Night. He also returned to Seattle Opera as Guglielmo in Così fan tutte and Claudio in Beatrice et Benedict and revisited the role of Doug Hansen in Everest for his company debut with Lyric Opera of Kansas City.

Mr. Verm has made international debuts on stages including Lyric Opera of Chicago as Albert in Massenet’s Werther; Escamillo in Carmen at Teatro Municipal de Santiago, where he later returned as Billy Budd; at Théâtre du Capitole de Toulouse as Sid in Albert Herring; as Ramiro in L’heure espagnole with the Nationale Reisopera in the Netherlands; and as Count Almaviva in Mozart’s Le nozze di Figaro at Seiji Ozawa’s Ongaku-juku Festival. Frequently sought after for new works, Mr. Verm created the role of Doug Hansen in Judy Talbot’s Everest at Dallas Opera, sang the title role of Elmer Gantry with Florentine Opera, and was heard as George in Of Mice and Men at Tulsa Opera. In the fall of 2017, he returns to Opera Philadelphia for War Stories, a production which pairs Monteverdi’s Il combattimento di Tancredi e Clorinda with Lembit Beecher’s I have no stories to tell you. He returns to the double-bill as Tancredi and Daniel, roles he performed when the production premiered with Gotham Chamber Opera.

Equally adept within the realm of oratorio, his other concert appearances encompass performances of Glass’ the CIVIL warS with the Los Angeles Philharmonic; Vaughan Williams’ Fantasia on Christmas Carols with the Pittsburgh Symphony; Vaughan Williams’ Five Mystical Songs with the Asheville Symphony Orchestra; Gounod’s Messe Solennelle de Sainte Cécile with Les Escales Musicales d’Evian; Orff’s Carmina Burana with the Alexandria Symphony; he sang William Schuman’s cantata, Casey at the Bat with the Reno Philharmonic; Haydn’s Lord Nelson Mass with the Boston Youth Symphony; Handel’s Messiah with the Rhode Island Philharmonic; Bach’s Mass in B minor at Portugal’s Aviero Music Festival; Beethoven’s Symphony No. 9 as a guest artist at Brown University; as well as Faure’s Requiem with the Pittsburgh Youth Symphony, and Schubert’s Mass in G and Rutter’s Mass of the Children with the Pittsburgh Concert Chorale. He has also sung Haydn’s Creation with the Robert Page Festival Singers at the Virginia Arts Festival as well as on tour in Vienna and Budapest, Mahler’s Songs of a Wayfarer with the Aspen Contemporary Ensemble, as well as performances of Brahms’ Ein deutsches Requiem. He has also presented solo recitals under the auspices of The Dallas Opera, the Théâtre du Capitole de Toulouse and at West Liberty University.

He enjoys a strong relationship with Pittsburgh Opera, where he has sung the lead baritone role of Tom Joad in Gordon’s The Grapes of Wrath, Zurga in Les pêcheur de perles, Papageno, Mercutio in Roméo et Juliette, Ping, Junius in The Rape of Lucretia, the Novice’s Friend in Billy Budd, Angelotti in Tosca as well as Guglielmo in student performances of Così fan tutte. Other recent performances include Marcello, Minskman in Dove’s Flight, and Ping with Austin Lyric Opera; Papageno, Aeneas in Dido and Aeneas, and Adonis in Venus and Adonis with Florentine Opera; Ned Keene in Peter Grimes and Mercutio with Des Moines Metro Opera; Marcello and Zurga with Nashville Opera; Schaunard in La bohème with Opera Philadelphia; Sharpless in Madama Butterfly at Lyrique-en-Mer/Festival de Belle-Île; Joseph Pitt in Peter Eötvös’ Angels in America with Fort Worth Opera; Astolfo in the world premiere of Lewis Spratlan’s Life is a Dream and Hermann in Les contes d’Hofmann with Santa Fe Opera; Count Almaviva and Falke in Die Fledermauswith the Opera Theatre of Pittsburgh; and the title role of Eugene Onegin, Guglielmo, and the Forester in The Cunning Little Vixen with Aspen Opera Theater. He has also joined symphony orchestras including the Los Angeles Philharmonic for Angelotti, Marullo in Rigoletto, and the Mandarin in Turandot, and the San Francisco Symphony for Fidelio with Michael Tilson Thomas conducting. 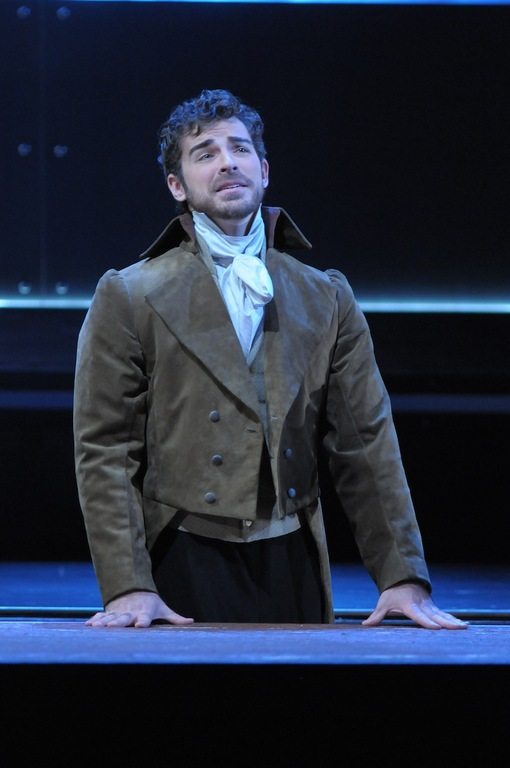 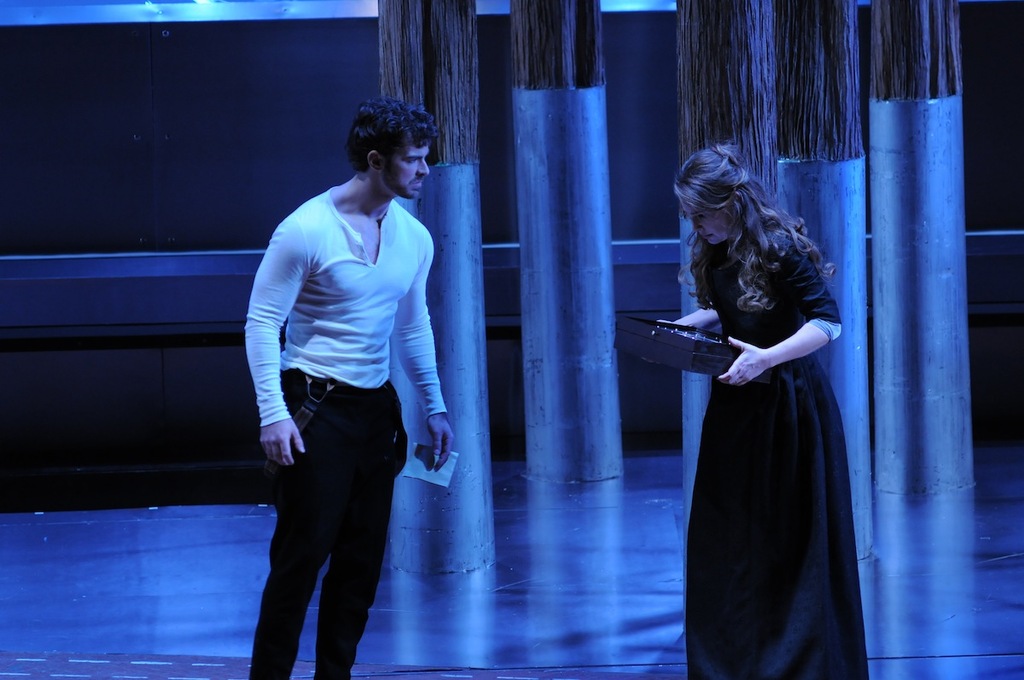 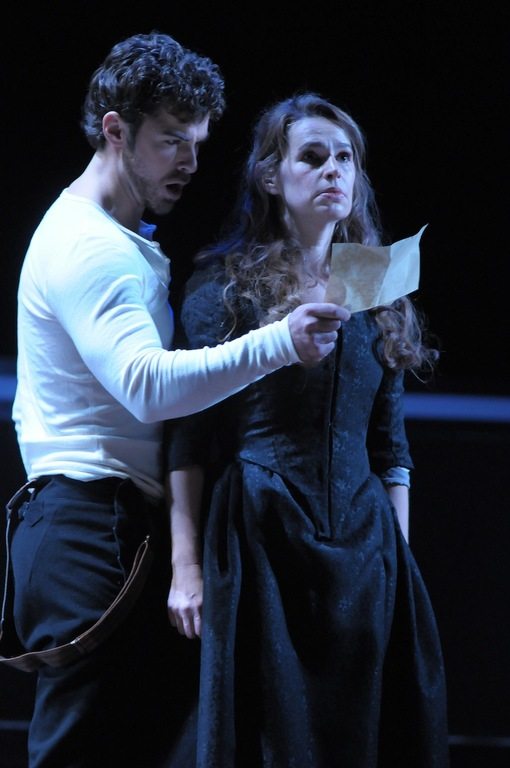 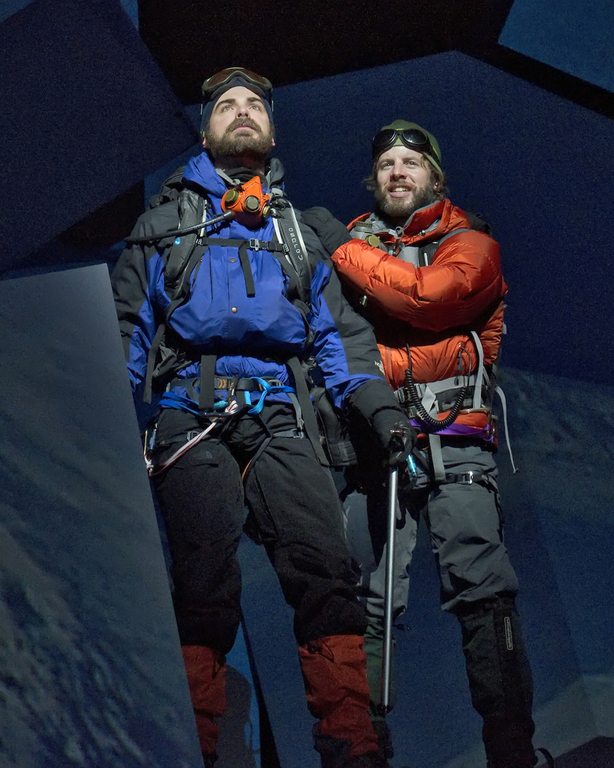 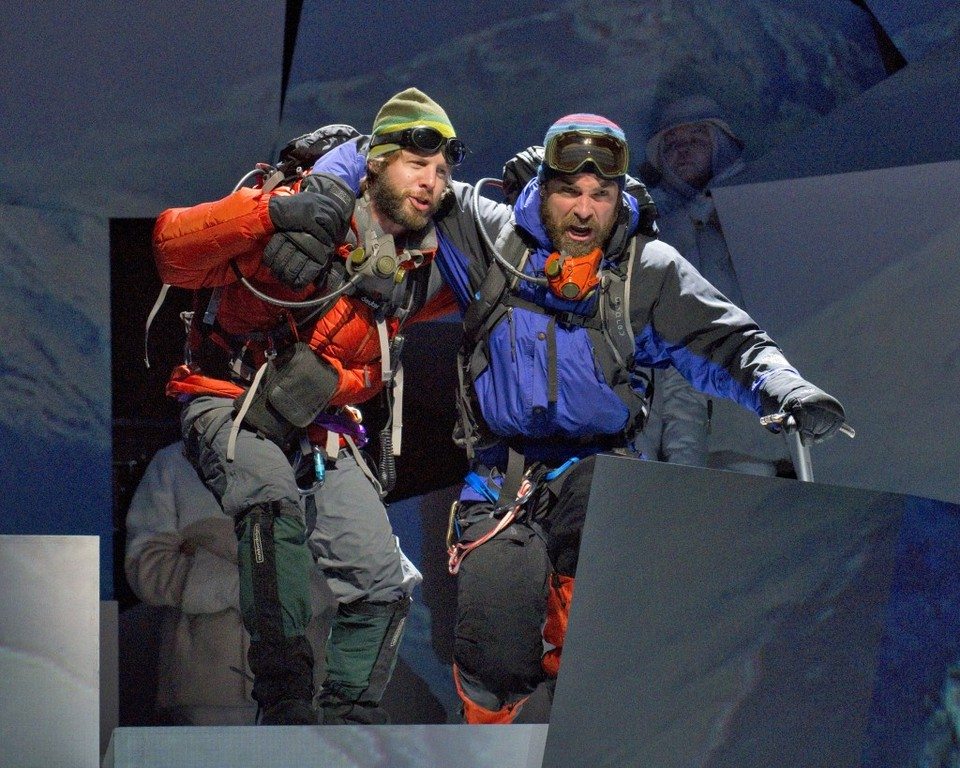 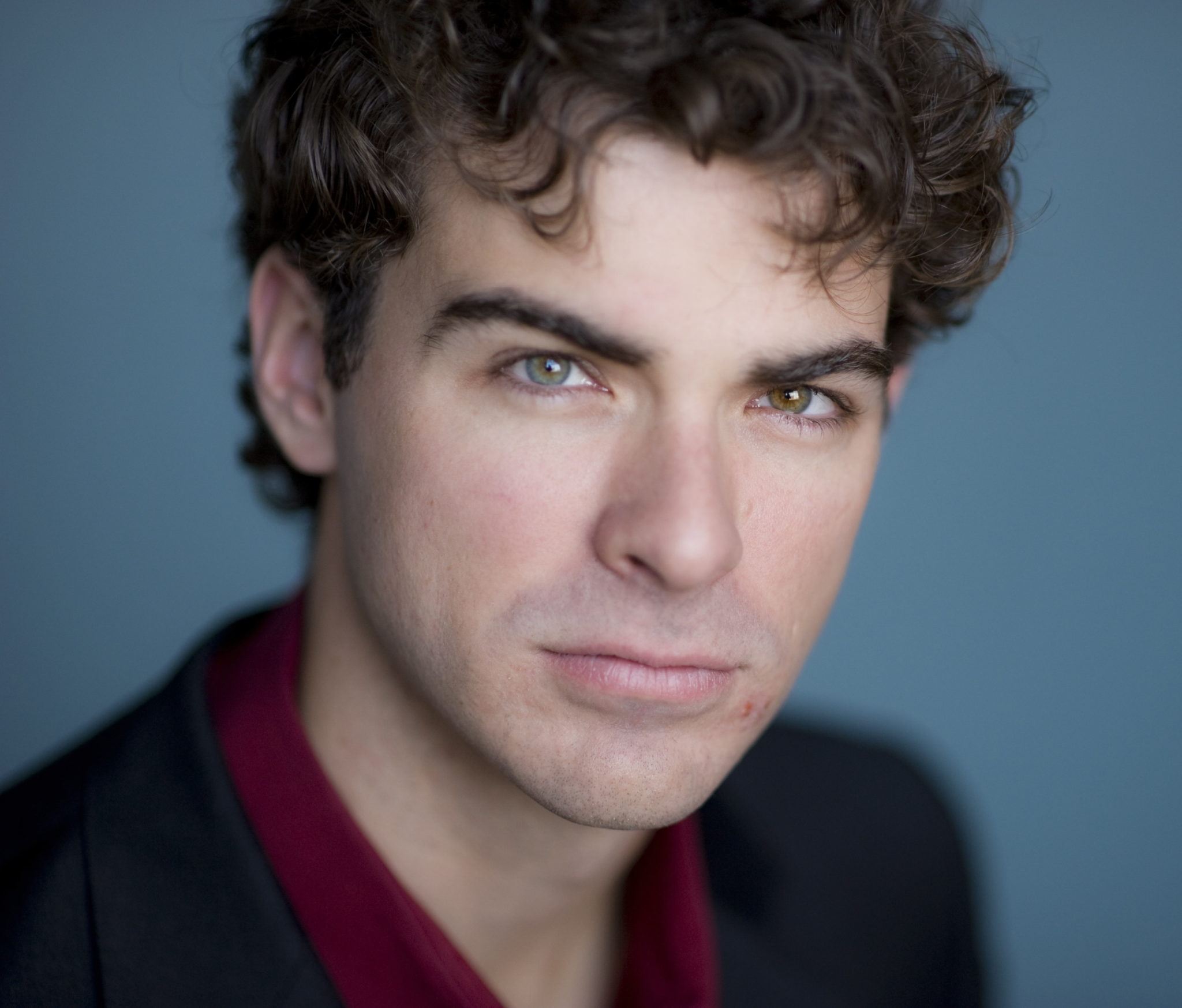 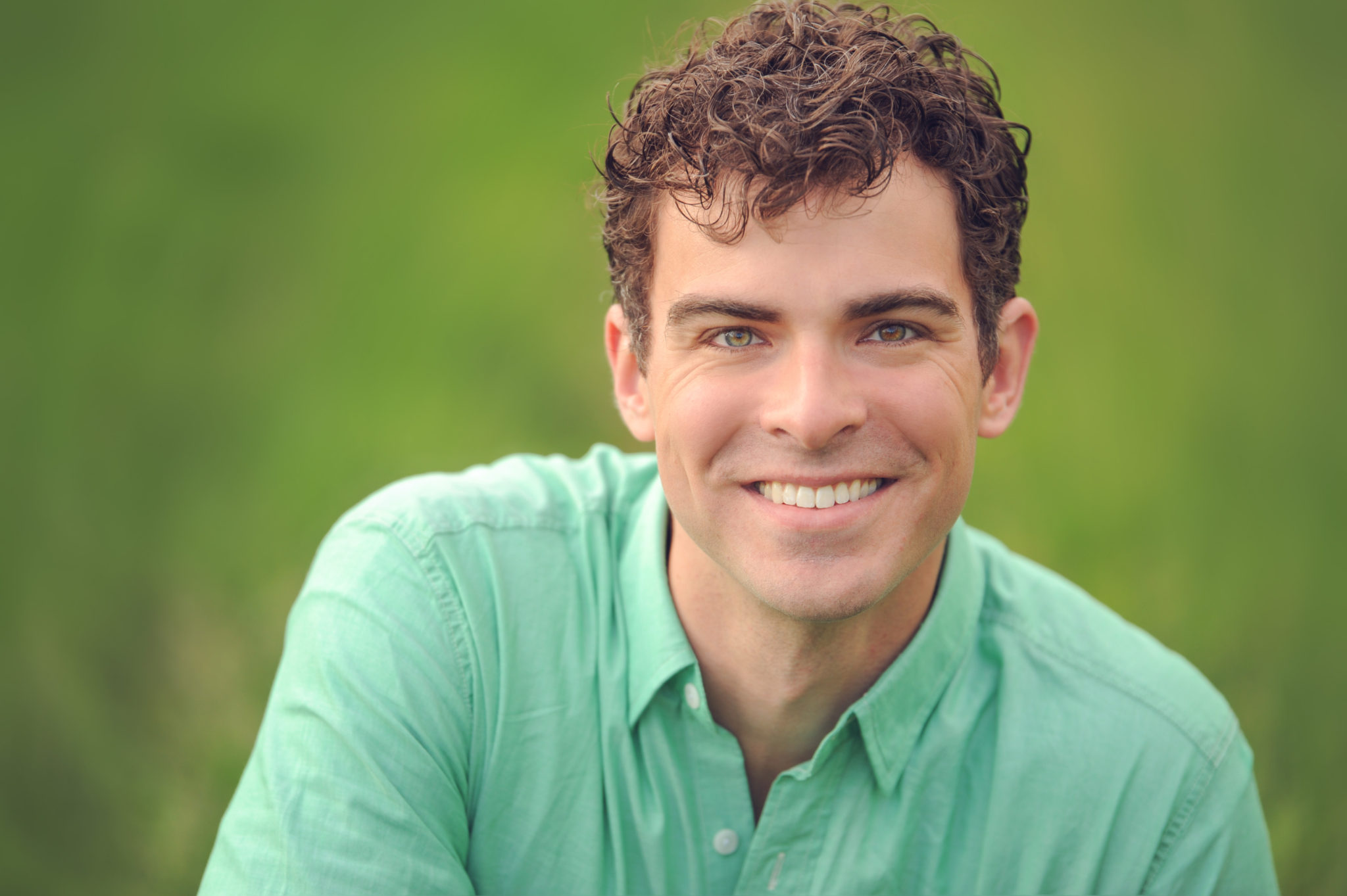