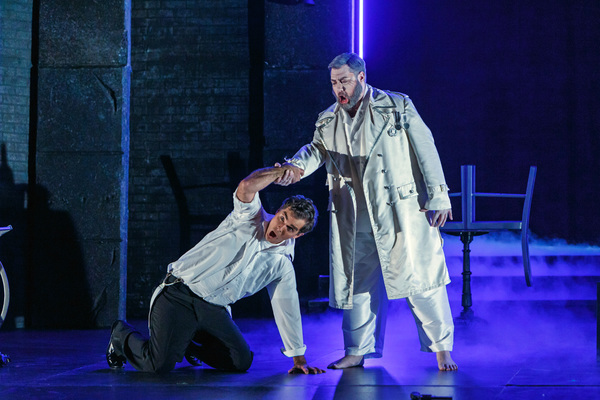 Praise for Craig Verm in the title role in Don Giovanni:

“The Don isn’t simple evil; he’s entitled and unrepentant. And suave. Very suave — Mr. Verm as the title character sang with a magnetic enough voice, and he oozed presence and charm.” – Pittsburgh Post-Gazette

“The vibrant baritone who plays the Don Giovanni, Craig Verm, earns both the admiration and disgust of the audience, just as he does with his many “conquests.” A very talented performer all around, it is very apparent that Verm is well-equipped to take on such a complex, daunting role. His voice has an amazing quality that carries throughout the entire theater.” – The Duquesne Duke

Craig Verm returns to Pittsburgh Opera in the title role in Don Giovanni. Pittsburgh’s new production is a reframing of Don Giovanni with the current political climate in ming. In an interview Verm says, “It’s very tricky to stage this opera in light of what’s happening politically and culturally right now,” he says. “We’re getting to explore this power differential, where Don Giovanni wields his power and wealth over these women and changes the narrative about what he’s done and what is truth. It mirrors very creepily what’s happening right now, for example in the film industry and theater. It’s great to get to explore this. That’s what art is for.”