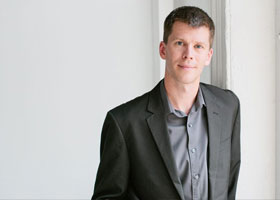 Board of Trustees President Patrick Lee stated “Craig is an amazing fit for this company and we are privileged to have him as only the second appointed Artistic and Music Director in the company’s forty-seven-year history.  We have a shared vision for the future of Annapolis Opera and with his passion, thoughtfulness and deeply personal approach, we are sure of the company’s success in the years to come.”

“It is an honor to have been selected to lead Annapolis Opera into its next chapter, building upon the success of Ronald J. Gretz’s legacy. My time in Annapolis leading Tosca illustrated the infinite possibilities that exist in this company. I admire the Board’s desire to more deeply connect the Company to the community it serves and to develop a well-deserved national profile. I look forward to bringing emerging artists and established artists to Annapolis in the years ahead to perform diverse programming which is both familiar and new to our audiences. I am thrilled to lead Annapolis Opera forward during this exciting time in the Opera’s history. “