“Hunter is a mezzo-soprano of astounding vocal and dramatic range.”

Fire Shut Up in My Bones, Ruby/Woman Sinner — The Metropolitan Opera (debut)

Briana Hunter has been hailed by Opera News as “a mesmerizing mezzo-soprano with a fiery theatrical presence and dynamic vocalism.” Ms. Hunter’s 2021/2022 season begins with two major New York City debuts: first at the Metropolitan Opera as Ruby/Woman Sinner in a new production of Terence Blanchard’s Fire Shut Up in My Bones, followed by her Carnegie Hall debut with The Orchestra Now in a performance of Julia Perry’s Stabat Mater, under the auspices of the Bard Musical Festival. She reprises her critically acclaimed portrayal of Mother in Jeanine Tesori’s Blue in February at Seattle Opera and with Pittsburgh Opera in April. On the concert stage she debuts at the Madison Symphony Orchestra for Beethoven’s Missa Solemnis, as well as the Charlotte Symphony for Beethoven’s Symphony No. 9.

Recent engagements include as the title role in Carmen with Opera Orlando; Tanya in Is This America? with Santa Fe Opera; and Constance Fletcher in The Mother of Us All with the Rochester Philharmonic Orchestra. Virtual performances in 2020 include a broadcast on WQXR with the Mostly Mozart Festival for Blue; the Santa Fe Opera for a Digital Winter Concert Tour; Bare Opera’s original production of The Late Walk under the auspices of the Decameron Opera Coalition; Letters You Will Not Get with American Opera Projects; the North American Premiere of Apollo y Dafne livestreamed from The Hispanic Museum and Library; and Opera from a Sistah’s Point of View with Opera Birmingham and Cincinnati Opera. The Kennedy Center will release the first-ever commercial recording of Blue in 2022, featuring Ms. Hunter as Mother.

In the 2020-2021 season, Ms. Hunter was originally scheduled to perform Blue with Washington National Opera at the Kennedy Center; as Ottavia in The Poppea Project at Opera Columbus; and for her role debut as Orlovsky in Die Fledermaus at Opera Theatre of Saint Louis.

Ms. Hunter created the roles of Mother in Jeanine Tesori’s Blue at the Glimmerglass Festival and Dee Dee Reyes in Hillard and Boresi’s The Last American Hammer with UrbanArias. Additional recent performances include multiple roles in Augusta Read Thomas’ Sweet Potato Kicks the Sun with the Santa Fe Opera; Hannah Before in Laura Kaminsky’s As One at the Kaufman Music Center with New York City Opera and American Opera Projects; Annie and Strawberry Woman in Porgy and Bess at the Glimmerglass Festival; and Giovanna in Rigoletto and Gertrude Stein in Ricky Ian Gordon’s 27 at Michigan Opera Theatre, for which she won the Encore Michigan award for Best Performance in an Opera. At the Opera Theatre of Saint Louis, she performed the role of Flora in La Traviata for Patricia Racette’s directorial debut, as well as Pvt. Stanton in the world premiere of An American Soldier. She made her Lincoln Center Theater debut for a workshop of Intimate Apparel by Ricky Ian Gordon and Lynn Nottage, directed by Bartlett Sher, and returned for a gala performance of Camelot starring Lin-Manuel Miranda.

Additional roles include the title role of Carmen with the Music Academy of the West and Mercédès at Michigan Opera Theatre, El Paso Opera and Knoxville Opera; Jo in Little Women, Wowkle in La fanciulla del West, and Madeleine Audebert in Silent Night at Michigan Opera Theatre; Rachel in the world premiere of Harriet Tubman: When I Crossed That Line to Freedom with American Opera Projects; Play by Play in the world premiere of Bum Phillips: An All-American Opera at LaMama Experimental Theater; and Ida in Die Fledermaus at Sarasota Opera. As an Apprentice Artist with Santa Fe Opera, she covered the roles of Lucinda in the world premiere of Jennifer Higdon’s Cold Mountain and Countess Ceprano in Rigoletto, and performed the roles of Giulietta in Les contes d’Hoffmann and Ruggiero in Alcina for the Apprentice Artist scenes.

An accomplished stage actress, Ms. Hunter has worked with Tony and Academy Award winning playwright Mark Medoff in a production of his play Gunfighter–A Gulf War Chronicle, in addition to developing and starring in an original double bill titled Infinite Variety/For Every Passion Something under the direction of the Royal Shakespeare Company and presented in a two-week run at the Fringe Festival in Scotland. At the Manhattan School of Music, she performed in the institution’s first ever production of The Vagina Monologues in addition to singing with the American Musical Theater Ensemble for productions of Godspell and Ragtime.

Ms. Hunter is a Lotte Lenya Competition finalist and winner of the Lys Symonette Award from The Kurt Weill Foundation for Music. She participated in the I SING BEIJING program where she performed at The National Center for the Performing Arts. Ms. Hunter holds a M.M. from Manhattan School of Music and a B.A. from Davidson College. Originally from Malvern, Pennsylvania, she currently resides in New York City. 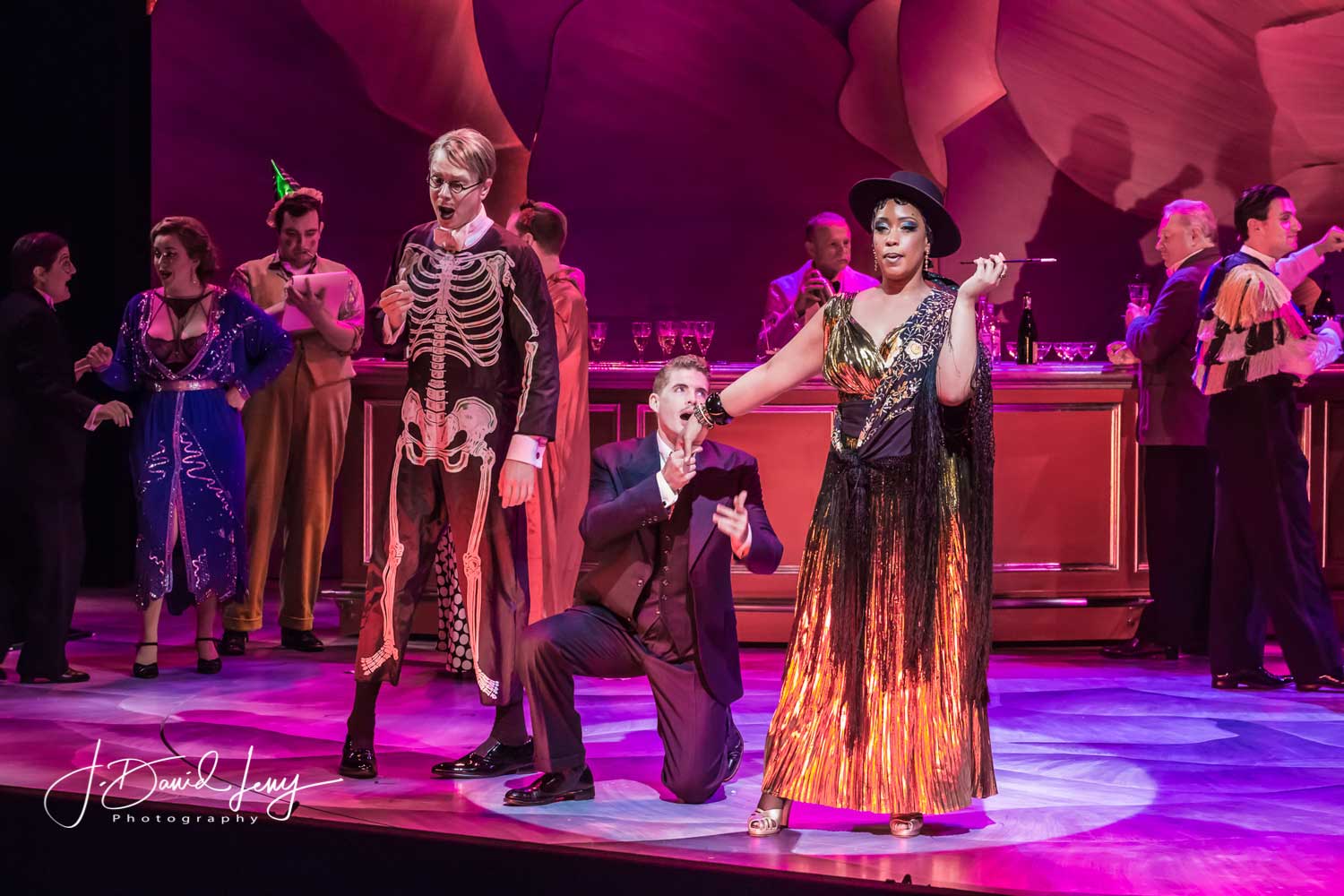 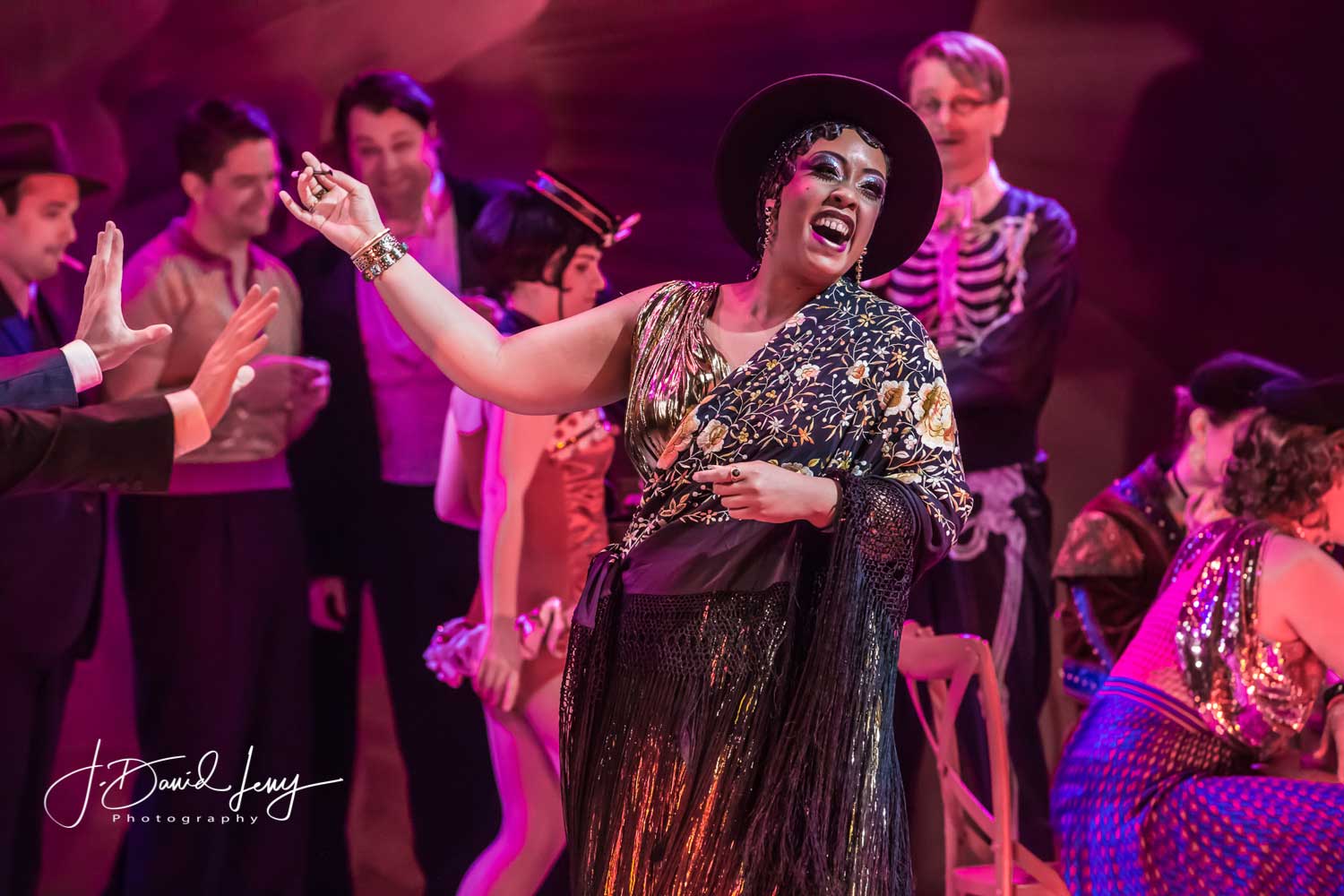